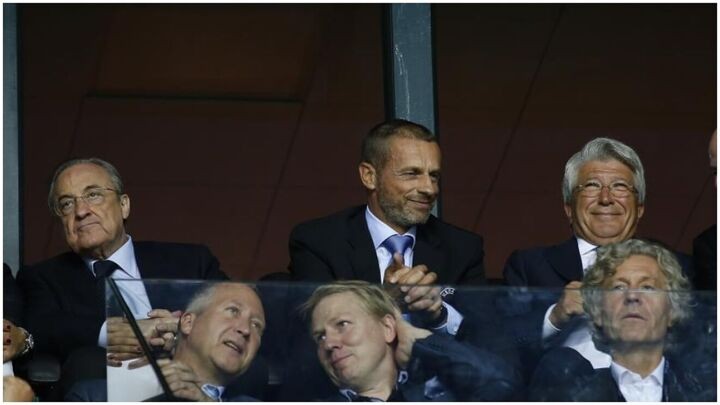 UEFA have accepted the reintegration of nine of the 12 breakaway Super League clubs, but there are still threats of action to be taken against the three still clinging onto its existence.

Real Madrid, Barcelona and Juventus are all still technically members of the Super League, with the other nine clubs having distanced themselves from the tournament.

1. Can Real Madrid, Barcelona and Juventus really be kept out of the Champions League?

In short, yes. Although it seems hard to imagine. It's possible that they could be removed from he 2021/22 competition and UEFA are likely to do all they can to prevent that from being the case.

UEFA will want the three clubs to sign the same document that the other nine clubs agreed to, but that won't be achieved easily. Meetings have been held to find a solution, but instead a strongly worded letter was sent to the three named clubs.

2. Goodbye to the Super League

According to UEFA and nine of the 12 rebellious clubs, the Super League has already collapsed, and they believe that this is reflected in the contracts they have signed.

But not everyone sees it the same way, and the remaining founding members could come in search of compensation. That, though, has little to do with the issue of being excluded by UEFA.

UEFA's threats to keep the three clubs out of European competition are real. The other nine clubs would cede five percent of their television income to others, which would alleviate the loss in value of TV rights that would come with Juventus, Real Madrid and Barcelona's exclusion.

The reality is that the Spanish market would lose out the most. Movistar could then claim compensation from Real Madrid and Barcelona, as they could well claim that the losses suffered are the responsibility of the Clasico pair.

Although the union between the three remaining Super League clubs seems unbreakable, it's not quite the case.

Barcelona are doing all they can to lighten their expenses and balance their books, while also wanting to renegotiate with Lionel Messi.

UEFA will want everyone to see that continuing to commit to the failed project makes little sense, particularly with the financial situation clubs find themselves in. UEFA want the clubs to realise that they are dragging each other down.

5. Neymar and Kylian Mbappe without the Champions League?

If no agreement can be found, then Real Madrid, Juventus and Barcelona will be left out. This, particularly after the crisis brought on by the pandemic, would be hugely detrimental to their finances.

As things stand, it's hard to know what's to come. A lot of questions still need to be answered before anything really becomes known.