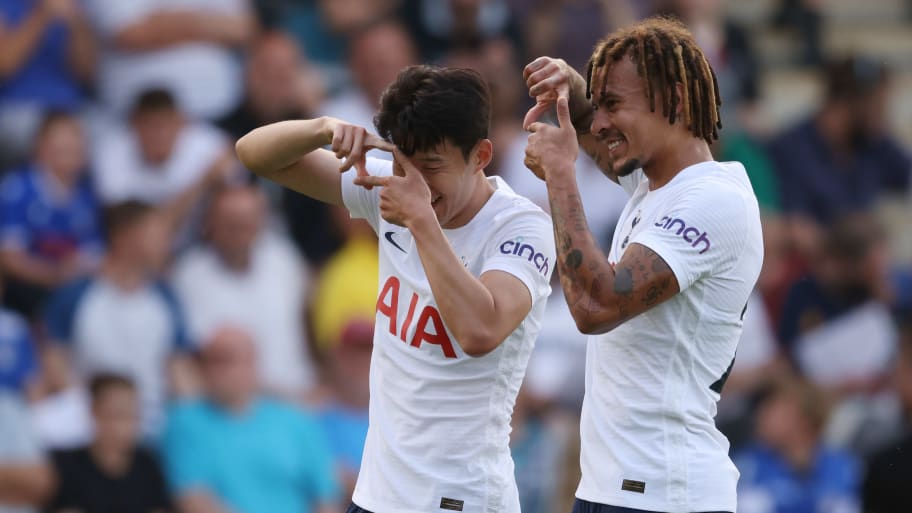 Tottenham bagged their first win of pre-season and their first of the Nuno Espirito Santo era as they cruised to a 3-0 win over Colchester on Wednesday night.

Despite Spurs being without their Euro 2020 participants - most notably Harry Kane - Nuno fielded a strong team for the trip to the JobServe Community Stadium, with Lucas Moura, Dele Alli and Steven Bergwijn selected to play in behind Son Heung-min.

It didn't take long for the visitors to hit their stride as Son opened the scoring with little more than ten minutes on the clock.

After Moura's clever through-ball had released Bergwijn, the Dutchman looked odds on to hand his side the lead, but instead he opted to selflessly square the ball to Son who had the simplest of tasks to tap the ball home.

Tottenham didn't have to wait long to double their lead, as Moura found himself a yard of space in the area to power a brilliant glancing header beyond the despairing dive of Shamal George in the Colchester goal to make the score 2-0 to Spurs with just 14 minutes played.

The home side gave a decent account of themselves and had plenty of shots on goal, though the only real quality to be found was in the Spurs frontline and Alli put the result beyond doubt just seven minutes before half time.

Youngster Maksim Paskotsi's clever ball down the line gave Son all the time in the world to lift his head up and pick out a teammate, with Alli steaming in to bravely throw himself at the ball and all but end the game as a contest before the interval.

Nuno looked to ring the changes as the game wore on with 11 substitutes being introduced to the game, and while the subs did disrupt the flow of the game a little the Spurs boss will be pleased to have recorded his first win as Tottenham head coach.

This article was originally published on 90min as Nuno Espirito Santo gets first win as Tottenham boss with 3-0 victory over Colchester.