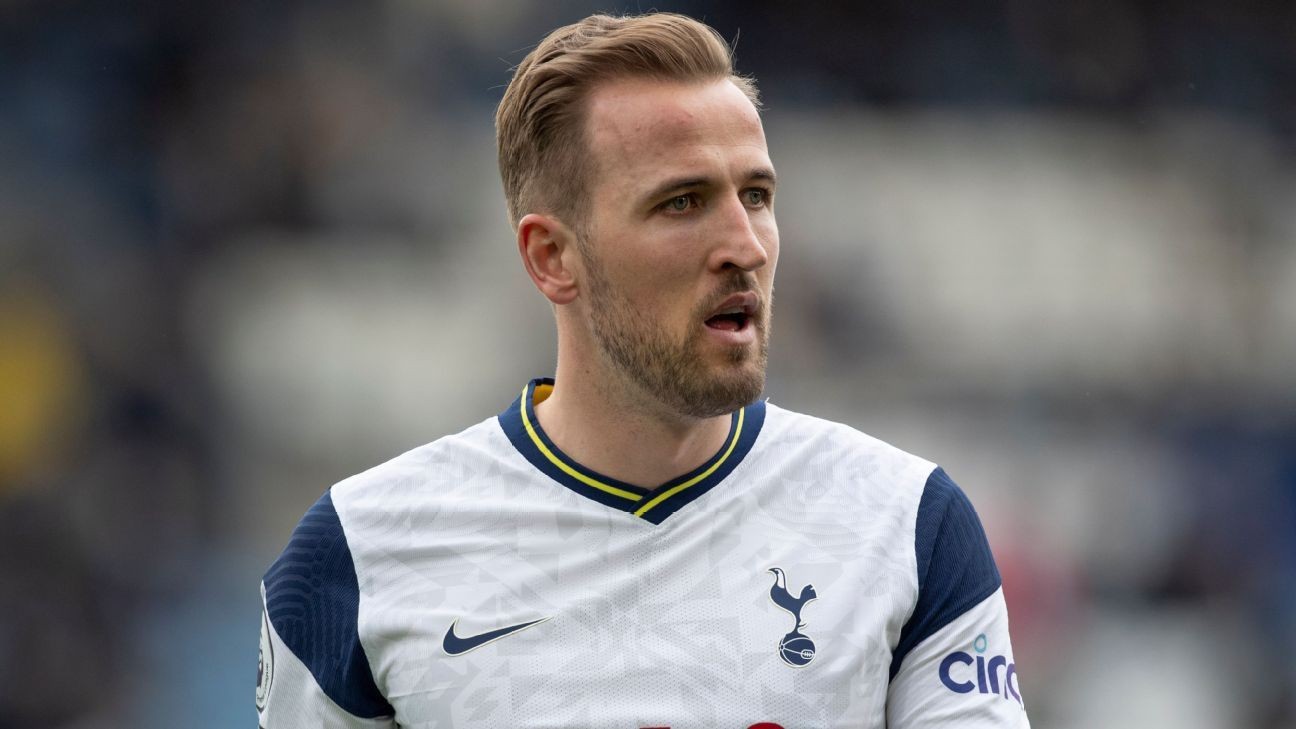 Nuno Espirito Santo said he has yet to speak with Harry Kane and admitted Tottenham have to "solve the problem" of the striker's future as he continues to seek a record-breaking move to Manchester City.

Kane missed Wednesday's 2-2 friendly draw at Chelsea after failing to report for preseason training at the start of the week as planned, but is expected back at the weekend presuming he tests negative for COVID-19 following his holiday in the Caribbean.

City are keen on pursuing a deal for the striker but Spurs value Kane at around £150 million and are reluctant to let him go given he has three years remaining on a £200,000-a-week contract.

Kane believes he has a gentleman's agreement with chairman Daniel Levy to depart this summer, creating a stalemate Spurs head coach Nuno says they need to resolve in the coming days.

"It is not that I don't want to comment -- all this issue related to Harry, I believe we should discuss internally among us and try to avoid any kind of public argument or discussion about it," he said on Wednesday night.

Pushed on whether he had spoken with Kane, Nuno added: "The answer I will give you is I expect to speak with Harry soon and I haven't had the chance yet. Anything in relation to Harry is internal so first of all we have to first of all solve the problems ourselves and then I will speak with you."

Chelsea manager Thomas Tuchel also spoke about his team's summer business following the draw, calling Internazionale's Romelu Lukaku, who has been linked with the team, a "fantastic" forward before quickly adding he wouldn't comment on another team's player.

"I think with the exit from Olivier Giroud from the type of players we could use a player used to playing with their back to goals, whose strength is to keep possession from long balls.

"So we can add this direct style of play to our portfolio and this is the characteristic of player that is not Tammy [Abraham], Timo [Werner] or Kai [Havertz], so this is a profile we don't have in the squad.

"We are relaxed and very well aware of our situation at the same time."