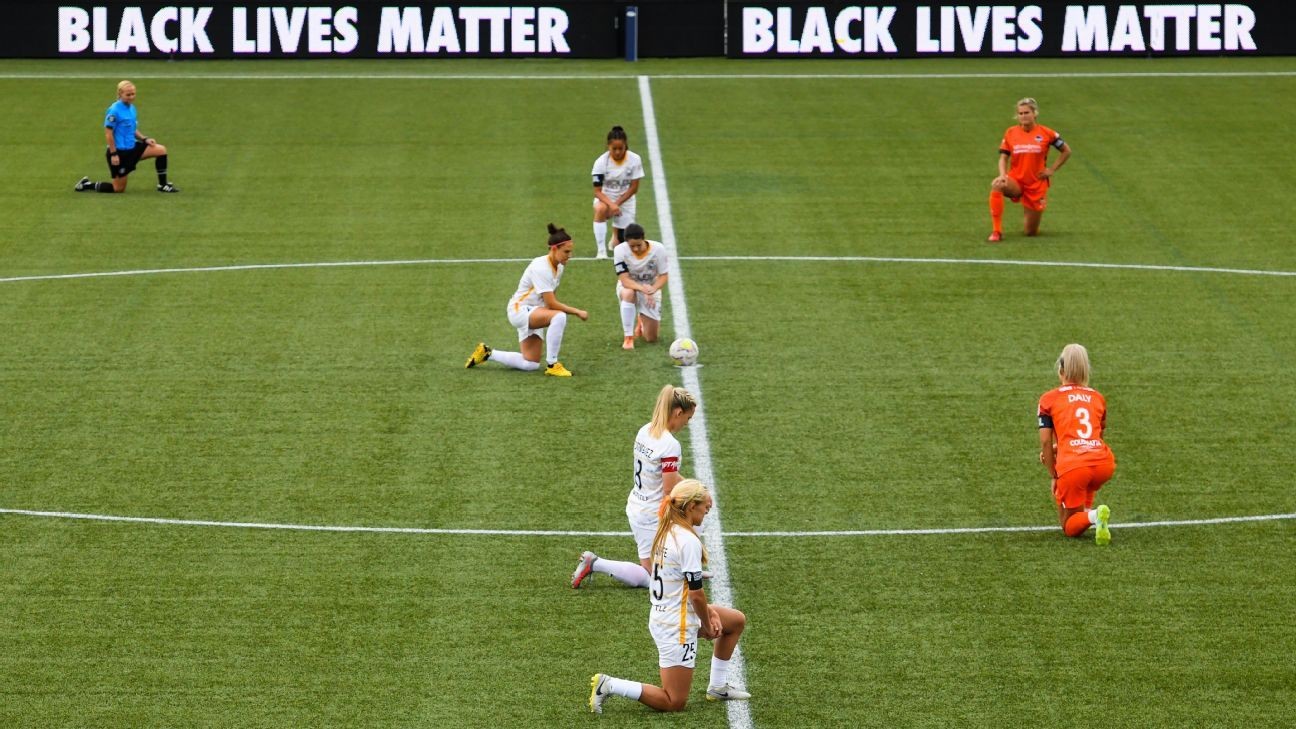 Most players, coaches and staff members from the Houston Dash and Utah Royals FC, as well as match officials, knelt on the field Tuesday during the national anthem prior to the first NWSL game played since an adjustment to the league's anthem policy.

On Monday, the NWSL announced additional flexibility for participants in the ongoing NWSL Challenge Cup in Utah. Players and other on-field personnel would be allowed to stand, kneel or remain in the locker room during the anthem. All participants who chose to would be allowed to gather on the field for the anthem. Previously, starters and match officials were positioned on the field during the anthem, while reserves, coaches and other staff members were on the sideline.

What appeared on the broadcast to be the vast majority of both rosters for Tuesday's game between Houston and host Utah elected to gather on the field. All players and officials wore Black Lives Matter shirts, as was the case in the tournament's first two games Saturday.

The NWSL did not immediately respond to a request for comment as to whether any anthem guidelines for match officials existed prior to Monday's policy adjustment.

As was also the case Saturday, participants from both teams also knelt for 46 seconds in a separate observance immediately before kickoff, symbolic of the 8 minutes and 46 seconds a Minneapolis police officer pressed his knee into George Floyd's neck before Floyd died.