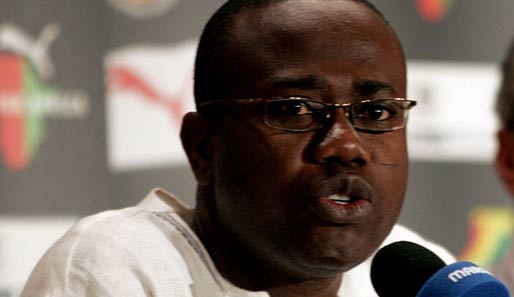 Kwasi Nyantakyi says he never sought to look down upon less educated people with his response over the contract of departed Goran Stevanovic.

The Ghana FA boss was heavily criticized for signing a â€˜non-performanceâ€™ based contract with the Serbian who has been relieved of his duties as coach of the Black Stars.

His critics insist how a lawyer of his stature could go into an agreement which virtually handed all advantages to the ex Partizan Belgrade manager.

But Nyantakyi in his very critical response said his numerous critics donâ€™t have the capacity to thoroughly examine a purely technical issue such as a contract between the association and the coach - which was later interpreted by many as an insult.

The Caf Executive Committee member however says that was not his intention.

â€œI stand by my response with reference to the contract between the GFA and Goran Stevanovic,â€ he said.

â€œPeople have however taken my comments out of context especially when they were attacking my professional integrity as a lawyer.

â€œPeople were all over the place peddling falsehood and in the event poisoning the minds of others over issues they barely have the capacity to treat.

â€œEven in law there are various sub sections; someone can be a lawyer with special expertise in finance, human rights, or crime and therefore you donâ€™t assume because you are a lawyer you are well vested in all matters much less in other professions.

â€œSo my comments were simply in response to those who were out there in the media examining the coachâ€™s contract asif they were on top of issues when in actual fact they were not educating the masses simply because they lack the technical expertise to do so.

â€œI will never look down upon people simply because they have not been to law school. Education is a privilege and I was privileged enough to go to the law school.

â€œMany of my mates were clever than me but never got the chance to become lawyers so I does that mean I can use it against them?

â€œBut I however detest people who think they know and run riot to the extent of attacking peopleâ€™s hard earned reputation when in actual sense they are polluting the air.â€