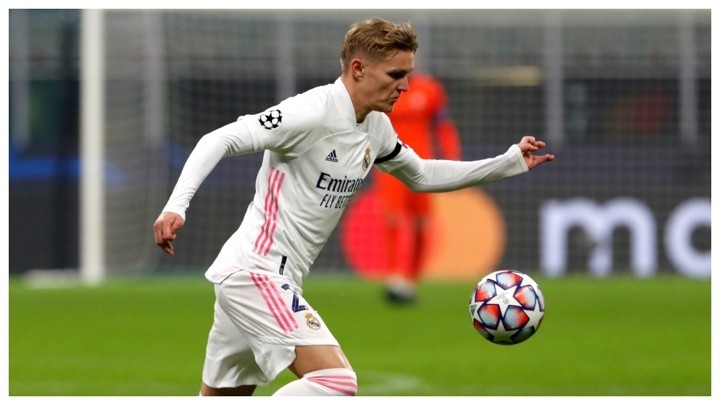 It's difficult to understand what exactly happened with Martin Odegaard. It's not normal for there to be no place for a player who did so much so well at Real Sociedad last season, especially at a Real Madrid side that hadn't had a shake-up in the midfield for some time. He's also a player who did so well in the Eredivisie that many of Europe's top clubs went to see him.

Zinedine Zidane is once again under the spotlight, given how many players have gotten bored of waiting for their chance under him. That's all true.

But, it's also true that Odegaard doesn't seem to be the type of player capable of conquering the world... with the Real Madrid shirt at least. It's one thing to do so with another shirt and it's another thing to make it at the club with 13 European Cups and 34 LaLiga Santander titles. There are many players, some of them better than the Norwegian, who have also encountered the black hole that comes when the weight of this jersey proves to be too much.

Zidane lost faith in the Norwegian, assuming he did initially have some in the first place. It's partly his failing, but it's also the footballer's failing. Odegaard was a starter at the beginning of this season. The first two matches were given to him and, if you go back and watch them, he was nothing like the fresh, brave and cheeky player that he was last season at La Real. He was a different player and was scared, timid, ineffective and unwilling to take risks. He was substituted off on both occasions. In the Real Betis game, he was taken off at half time because Real Madrid couldn't sustain themselves with a midfield of three in which one of those players wasn't present. Then, in Kiev, with Real Madrid fighting for their Champions League lives, it was much the same.

Of course, a player needs time and space. But, Real Madrid aren't the kind of club that can allow trains to pass. It's one thing to not have complete performances after just arriving, but it's an entirely different thing to give off the feeling of being overcome. That's what happened, which is very different from when he arrived in San Sebastian. In the first month of the 2019/20 season, he was named player of the month for LaLiga Santander.

Odegaard may have reason to be frustrated with Zidane, because he didn't let the youngster play 10 matches in a row. Yet Zidane has reason to be upset with Odegaard, who was never the same player he was at other clubs. Odegaard didn't show anything, whether in terms of play or character, that would make you think he deserved to play ahead of Luka Modric.

It's very possible that the Norwegian does brilliantly at Arsenal, just like he did at Real Sociedad. But, that won't be enough to remove the suspicion that playing for Real Madrid is too big of an ask for him right now. When he returns he'll need to, above all, clear up this question. He'll need to show if he is capable or not of coping with the weight of the white shirt.