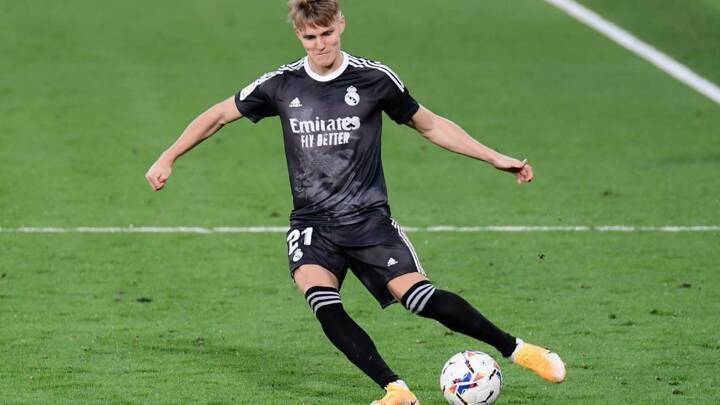 With just 106 seconds on the clock, a Real Madrid side decimated by injuries found themselves one goal up at the Estadio de la Ceramica. The man who put them ahead was none other than Mariano, who had only registered 15 minutes on the pitch all season before that point. If there's one thing you can say about Mariano, it's that he doesn't pass up an opportunity to have a shot on goal, no matter where he is. With so much confidence in his own ability, he threw himself at a header to make it 1-0.

With 90 minutes ahead, Los Blancos had that goal they wanted and didn't want to risk much during what was left of the match. They nullified Villarreal in the first half, thanks to their midfield trio of Luka Modric, Toni Kroos and Martin Odegaard, with Modric showing his quality. However, the most hopeful news to come from the game for Real Madrid was the performance of Odegaard, whose role is going to become even more important over the next two months due to the injury to Fede Valverde, who is probably going to be sidelined for longer than the four weeks originally predicted.

Yesterday, also recently coming back from injury, the young Norwegian didn't struggle to get up to speed. He took part in the play and worked hard to pressure Villarreal when they were in possession, which was vital with Casemiro out of the side. His play was simple yet effective and he looked comfortable in possession. He was in complete sync with Modric and Kroos, who he supported throughout the whole game. In the first half, all three controlled the ball with an impressive fluidity and dominated the midfield battle.

After the break, Villarreal made moves and Unai Emery made a triple substitution on the hour mark to tip things in favour of the home side. Shortly after, Isco came on for Eden Hazard, who still isn't showing the quality that we all know he possesses. Isco is experiencing something similar and failed to impress in the half hour he had on the pitch. In the end, a penalty got the Yellow Submarine a deserved point.