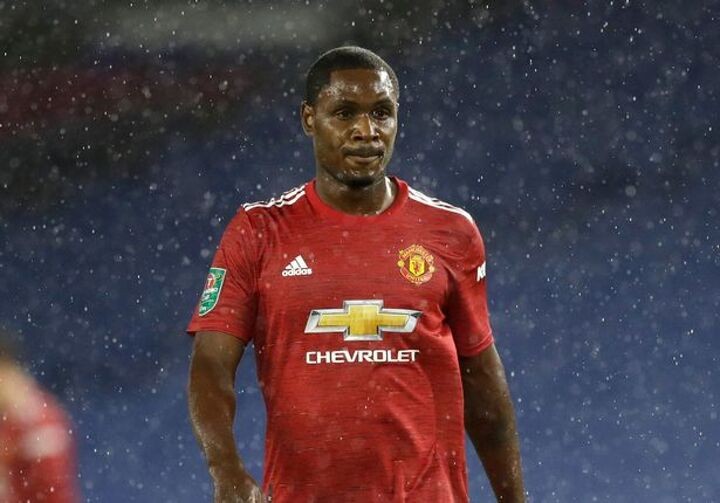 Odion Ighalo has his sights set on the MLS as he weighs up his next move with his Manchester United loan nearing its conclusion.

The Nigerian made a surprise six-month loan move to Old Trafford in January last year.

He was signed to give Ole Gunnar Solskjaer more attacking options and scored five times.

United extended his loan from Chinese side Shanghai Shenhua but he has rarely featured this term.

Ighalo will return to Asia at the end of the month but is not looking to stay for long having already pinpointed the MLS as his next potential destination.

The 31-year-old made no secret of his love for the Red Devils having grown up as a fan.

And he has name dropped Inter Miami, owned by United legend David Beckham, as the type of side he'd be keen on joining.

"I have been watching MLS and the league is doing well and I would like to play in the MLS," he told  ESPN .

"I have to wait for offers and if the opportunity arises, I will take it because the league is doing well and it is a good life and I would love it.

"Lots of players go there. Even Gonzalo Higuain from Juventus is there, also Giovanni dos Santos. Why not?

"The David Beckham club [Inter Miami] is growing, so if an opportunity arises why not?"

The MLS outfit are poised to appointed Phil Neville as manager with his time in charge of the England Women's team coming to an end.

Inter Miami have managed to attract Gonzalo Higuain to Florida which underlines their ambition.

The likes of Zlatan Ibrahimovic, Kaka and Wayne Rooney have headed across the Atlantic to play in recent years.