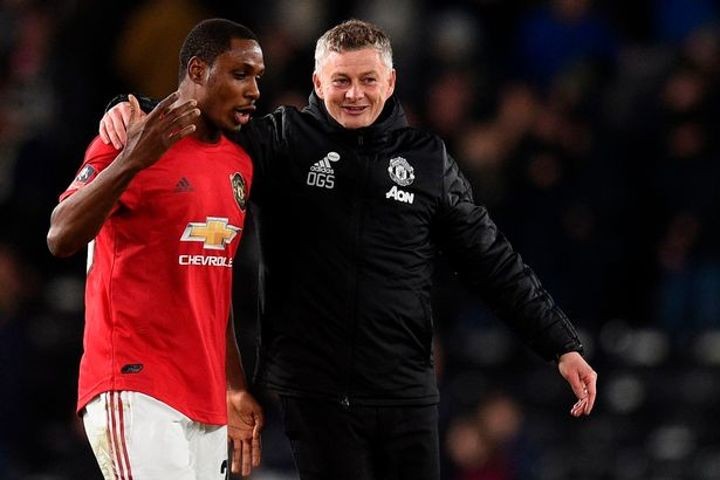 Manchester United's hopes of signing Odion Ighalo on a permanent deal have been given a boost after his parent club Shanghai Shenhua reportedly identified his replacement.

The Chinese club are interested in bringing former Inter Milan and Newcastle striker back to the club, according to The Independent .

The 35-year-old Nigerian forward enjoyed a fruitful spell with Shenhua from 2016 until 2018, scoring 32 goals in 59 games before suffering a torn hamstring.

Ighalo has proved a surprise hit at Old Trafford since signing on loan in January, scoring four goals in three starts.

With the Chinese Super League postponed as the country attempted to deal with the Covid-19 outbreak that originated in Wuhan, the 30-year-old was allowed to make a shock deadline-day move to Old Trafford in January.

Ighalo underwent a 14-day quarantine period before linking up with United, who are unlikely to be playing anytime soon as the coronavirus pandemic has seen Premier League action suspended until at least the end of April.

And Igahlo's deal only runs to the end of May and while United reportedly hold the option to make the move permanent, the transfer windows and player contract situation remains up in the air as FIFA look at solutions.

Reports last week suggested Ighalo has also been offered a new £400,000-a-week deal by Shenhua to remain in China.

The Daily Star reports that the Spain midfielder is being seen as the perfect replacement for Paul Pogba by United boss Ole Gunnar Solskjaer and executive vice-chairman Ed Woodward, with any move seeing the 25-year-old replace Pogba as the club's most expensive player ever.