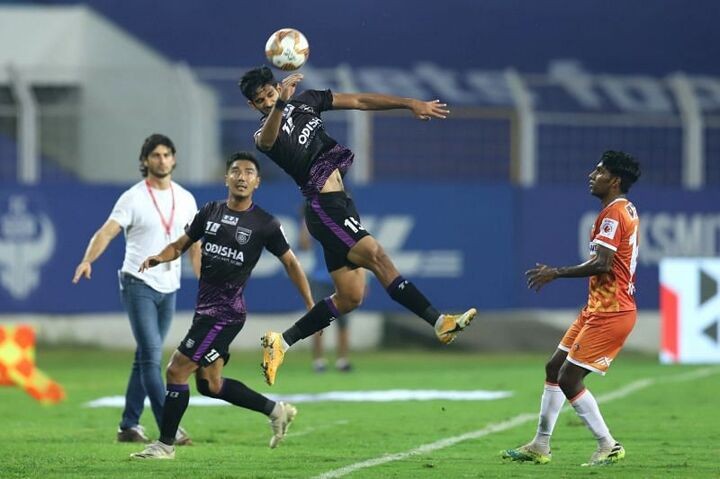 Odisha FC are at the bottom of the league standings with just 9 points from 18 league fixtures so far. The Rohan Sharma-owned side is already looking at the next season with newer targets and management changes in place.

Odisha FC have never looked like a side that could compete for the top-four during the course of the league. They showed a lack of quality, composure, and cohesion, whenever they took the pitch against other teams.

The side showed an enormous deficiency in depth, especially in the midfield and defense. The likes of Shubham Sarangi, Steven Taylor, Mohd Sajid Dhot, Kamalpreet Singh, and Vineet Rai have performed way below their maximum capabilities.

Diego Mauricio, Cole Alexander, and Jacob Tratt are three of the few names in the Odisha FC squad who have punched way above their weight.

The departures of Stuart Baxter and Gerry Peyton due to disciplinary and personal issues respectively have put the onus on Steven Dias to lead the side to a positive season end. Odisha FC come into this fixture on the back of a 3-1 loss to FC Goa.

Mumbai City FC occupy the second place in the league standings with 34 points from 18 games. The Islanders are chasing an AFC Champions League qualification spot and are six points behind league leaders ATK Mohun Bagan FC.

Mumbai City FC are unexpectedly experiencing a slump in form in their recent few fixtures after having made an impressive start to the season. Sergio Lobera’s Mumbai City FC have shown their quality and pedigree throughout the league season.

They like to play with the ball on their feet and take the game to the opposition with an aggressive brand of football.

The presence of Ahmed Jahouh, Hugo Boumous, and Rowllin Borges makes the Mumbai City FC midfield one of the most creative in the league. The Islanders also like to use the wings to their advantage through Bipin Singh and Cy Goddard.

However, after the loss of Hugo Boumous to suspension, Mumbai City FC have looked like a different team altogether.

The Islanders are being run over in the midfield by other teams and are struggling to play their natural game. It has led to them losing the top spot to ATK Mohun Bagan.

Mumbai City FC are winless in their last three games and need to get the three points to boost their confidence ahead of their February 28th meeting with the Mariners.

Mumbai City FC grabbed a comfortable 2-0 victory in the reverse fixture and are expected to do well again against a depleted Odisha FC side. However, Mumbai City FC’s dip in form could be a concern for Sergio Lobera, and Odisha FC might take advantage of that to get a goal.