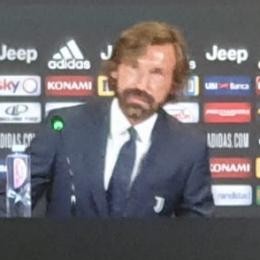 Just named Juventus U23 squad trainer, 41-year old Italian football legend Andrea Pirlo has already been bumped up, and appointed new Bianconeri first-team head coach. The glorious former playmaker has been called to task on the account of Maurizio Sarri being sacked, after just one season, out of Juventus not having achieved Champions League round-of-8, since being taken over by Olympique Lyonnais.