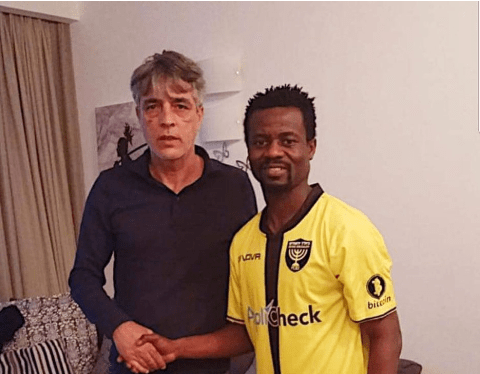 Former Ghana midfielder Anthony Annan has finalized a move to Israeli top-flight side Beitar Jerusalem till the end of the season.

Annan, 32, penned a six-month deal with the Black and Yellow lads on Tuesday after passing a mandatory medical.

However, Beitar Jerusalem have the option to sign him on for another year if he impresses.

The former Hearts of Oak enforcer joins the Jerusalem-based outfit as a free agent after ending his three-year stay with Finnish champions HJK Helsinki at the end of last term.

The diminutive middleman is expected to use his experience to help Nir Klinger's side achieve their European football competition target.