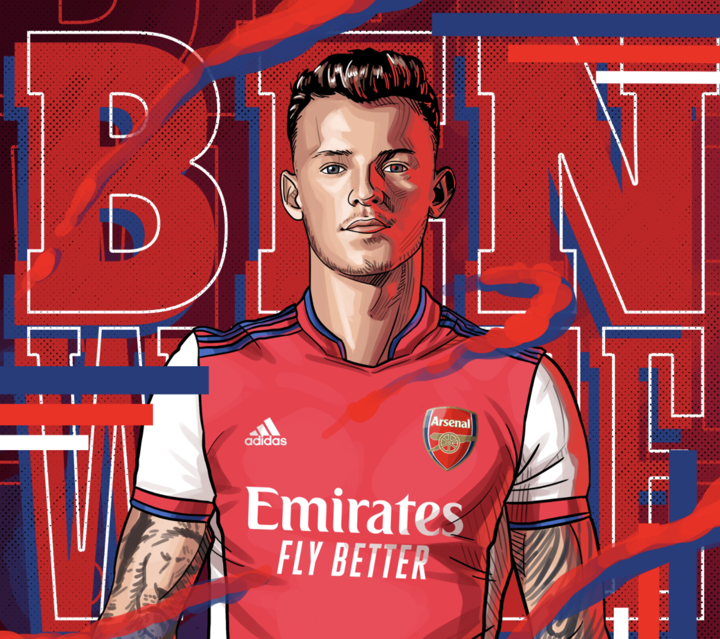 The 23-year-old defender, who has proved to be one of the Premier League’s finest young prospects, joins us after spending the summer as part of the England squad at the Euros.

Ben spent the 2019/20 season on loan at Leeds United, where he was an ever-present in their Championship-winning side, helping them win promotion back to the Premier League after a 16-year absence. He returned to the south coast last season, becoming a key member of Brighton’s Premier League side.

Ben started his youth career at Southampton before joining Brighton as a 16-year-old, where he enjoyed rapid progress, making his first-team debut as an 18-year-old. During his time at Brighton, as well as the Championship-winning spell with Leeds, Ben also spent successful loan spells with Newport County and Peterborough United.

Technical director Edu said: “Ben has been a key target this summer. He has so many qualities which make us so excited he’s joining us. Ben’s a young English player with a great future. He’s very strong defensively, good on the ball with a great passing range. We’re delighted Ben’s signed and we look forward to him growing with us.”

Mikel Arteta said: “Ben was a top target for us and it’s great that we’ve completed his signing. Ben has been educated with two very good clubs, Brighton and Leeds, in recent seasons. He has benefitted well from two very good coaching set-ups and has shown with both Brighton and on loan with Leeds what a strong talent he is.

"Ben is an intelligent defender who is very comfortable with the ball at his feet and his style fits perfectly with us. And of course, he is still young, so his age and profile fits with what we are building here. We are all looking forward to Ben being central to our future long-term plans.

Ben will wear the No 4 shirt and will immediately join up with his new team-mates ahead of The Mind Series friendly match at home to Chelsea on Sunday.

Everyone at Arsenal welcomes Ben to the club.

The transfer is subject to the completion of regulatory processes.