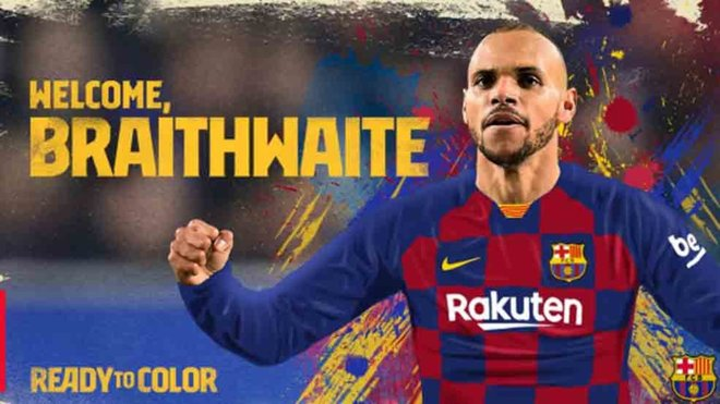 Barcelona have paid 18 million euros to sign Leganes' Martin Braithwaite until 30 June 2024, with the buy out clause set at 300 million euros.

Following weeks of failed pursuits, Barcelona have finally brought in a forward to cover the injuries to Luis Suarez and Ousmane Dembele, as well as the departure of Carles Perez.

In January, Barcelona rejected the idea of bringing in a striker, but the injury to Dembele forced their hand.

La Liga gave the club permission to sign a replacement for Dembele outside of the transfer window on Monday, once it was confirmed that the Frenchman will miss the six months of action.

The 28-year-old has played in 27 games across LaLiga Santander and the Copa del Rey for Leganes this season, scoring a total of eight goals.

Braithwaite is versatile, a characteristic that has been key for Quique Setien's Barcelona: he can play as a central striker, as an attacking midfielder or as a left winger.

The forward has a lot of experience, having also played in Denmark, France and England.