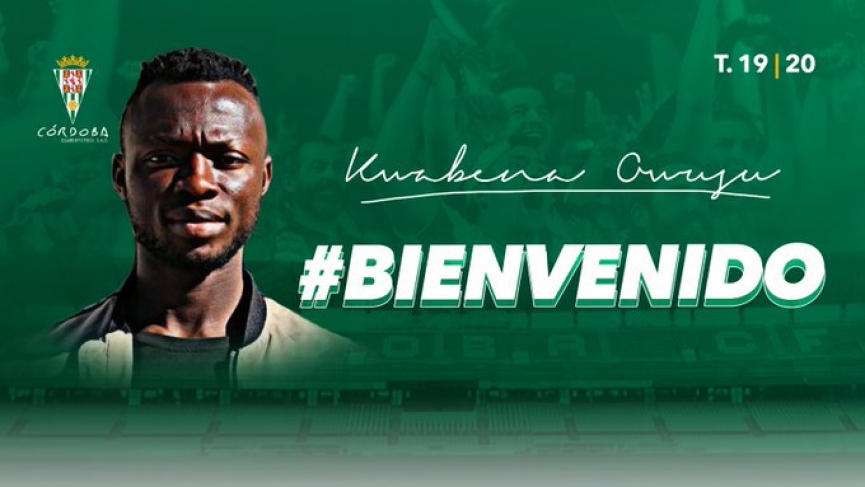 Spanish side Córdoba CF have beaten Recreativo Huelva to the signing of Ghana striker Kwabena Owusu.

GHANASoccernet.com exclusively reported that the Estadio Nuevo Arcánge outfit have made a late bid for the 22-year-old hitman.

Owusu looked like heading to Recreativo Huelva after holding talks with the club’s officials on Monday.

However, the CD Leganés forward was not convinced by Huelva’s project hence turned down their offer by putting pen to paper on a loan deal at Córdoba.

He excelled on a loan stint at Salamanca UDS — tallying 10 strikes in 25 matches.

Owusu’s superlative display for the lower-tier side last season earned him a place in Ghana’s 2019 Africa a Cup of Nations squad — where he made three appearances at the tournament as the West Africa giants crashed out at the Round of 16 stage after losing on penalties to Tunisia.