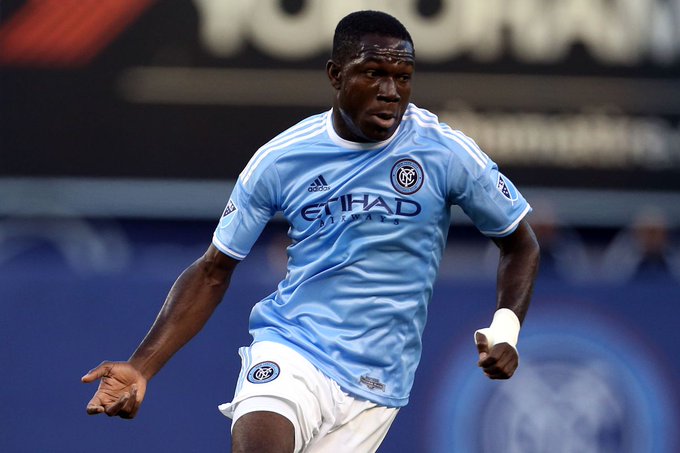 Europa FC have completed the signing of Ghanaian midfielder Kwadwo Poku on a free transfer, the club has announced.

The 28-year-old has joined the side that could see him playing Champions League football on the Iberian Peninsula.

The former New York City Football Club cult hero will be anxious to revive his career with the UEFA Champions League qualifying team.

Europa will represent Gilbraltar in Europe after finishing top of the 2019-20 season amid the coronavirus pandemic which brought the game to a halt.

Europa FC are delighted to announce the signing of Ghanaian international Kwadwo Poku. Kwadwo has played for NYCFC and Miami in the MLS alongside legends of the game such as David Villa and Andrea Pirlo, and more recently with Anzhi in Russia. pic.twitter.com/XriBAWgam8

The small British overseas territory of roughly 34,000, located on a small peninsula bordered by Spain to the north, is one of UEFA's and FIFA's  newest member associations, having affiliated with the former in 2013 and the latter in 2016.