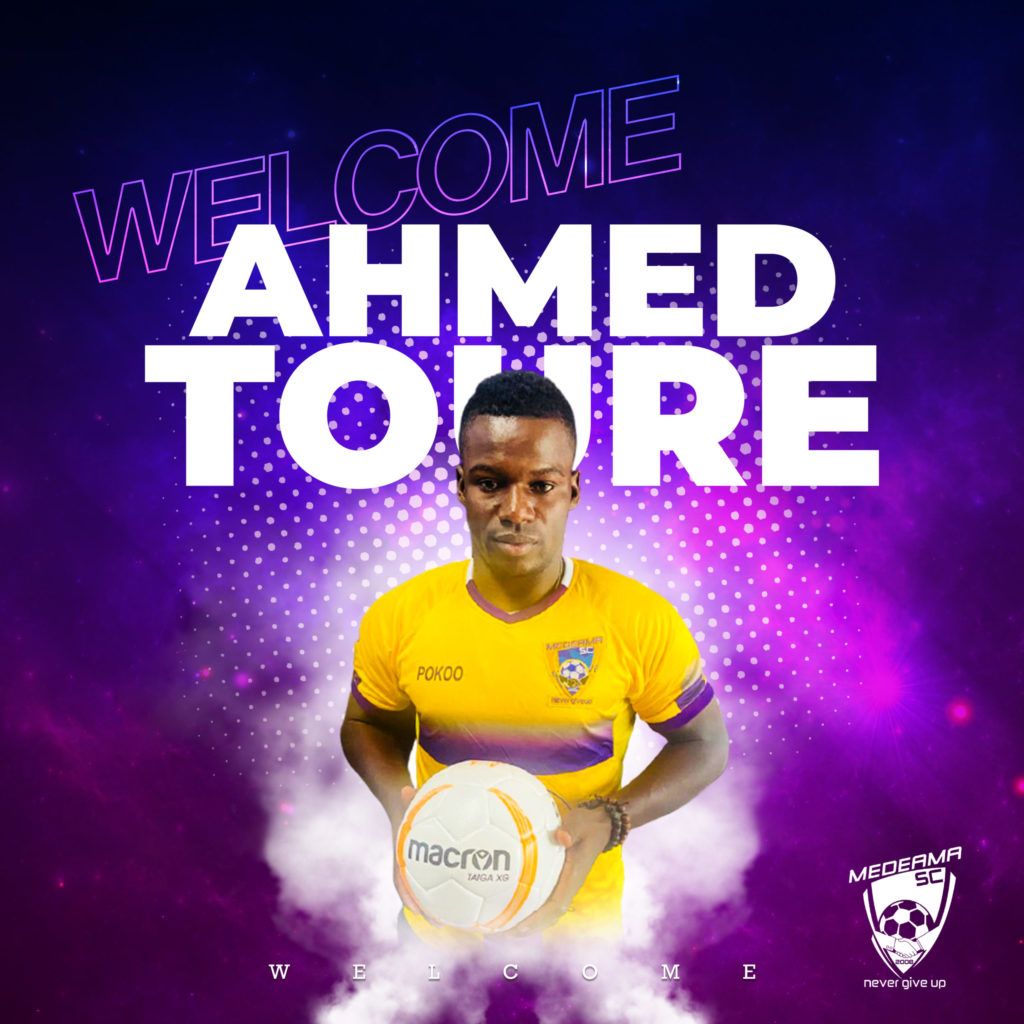 The Burkinabe international's underwent a successful medical at the Health Plus medical facility in Tarkwa on Tuesday morning.

He has pen-to-paper on a two-year deal as he aims to make a huge impact in the mining town.

The 33-year-old has returned to the West African country after ending his stay at Guinea top-flight side  AS Kaloum in December 2020.

He flew to Ghana on Sunday en-route to Tarkwa to complete formalities as returns to the Ghanaian top-flight for the sixth time.

The former KSC Lokeren and El Gouna striker has been signed by the two-time FA Cup champions as an emergency parachute following the side's struggles.

Medeama have been sweating in the absence of prolific goal scorers Prince Opoku Agyemang and Nana Kofi Babil who have joined South African side Cape Town City FC and Austrian outfit SCR Altach.

Toure is a free agent after ending his contract with Guinea side AS Kaloum, parting ways by mutual consent to pave way for his move to the Mauve and Yellows.

Toure is hugely regarded as the man to help turn things around in the final third after the club huffed and puffed since the start of the 2020-21 season.

The Mauve and Yellows are 13th on the league table with just seven points from seven matches.

They put up a spirited performance to lose 5-4 at West African Football Academy in a sensational 9-goal thriller.

Toure can only start his Medeama career next month when the second transfer window is opened.