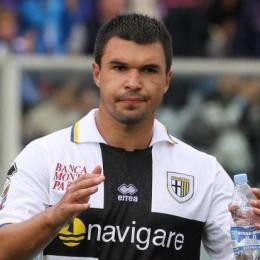 After a long negotiation, Italian second-tier side Pescara announced having signed former Bulgarian international forward Valeri Bojinov. Turning 34 in a two day-long matter of time, Bojinov (portrayed in the pic back when hailing from Parma ranks, in 2010/11) going through a lot of tenures in Italian football, between early 2000's and mid 2010's, used to play for such clubs as Juventus, Manchester City, and Sporting Lisbon.