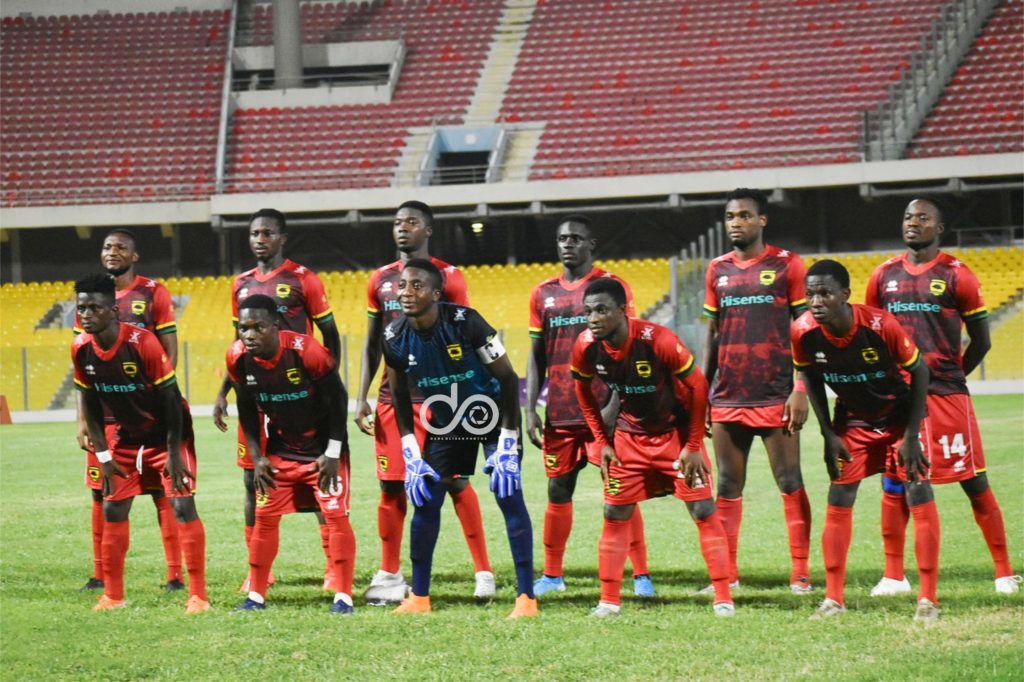 Four players and four officials of Asante Kotoko have tested positive for COVID-19 following their arrival from Sudan, the club has announced.

The players and officials are currently self isolating with the rest of the team in camp preparing for their next game in the Ghana Premier League.

The Porcupine Warriors were controversially booted out of the CAF Champions League without kicking the ball in the second leg of their match with Al Hilal.

Seven players and four officials were earlier reported to have tested positive leaving the Ghanaian giants with a less than required number for the game in Omdurman.

Twenty hours after the game was called off, the Porcupine Warriors were thrown out of the competition but will now compete in the CAF Confederation Cup.

Below is a statement from Asante Kotoko: 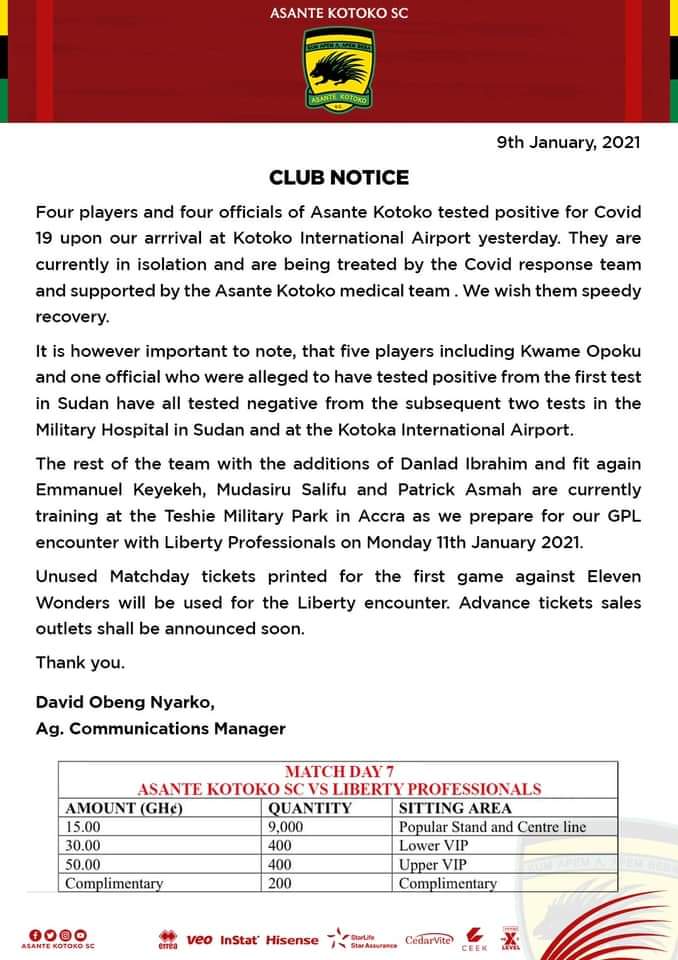