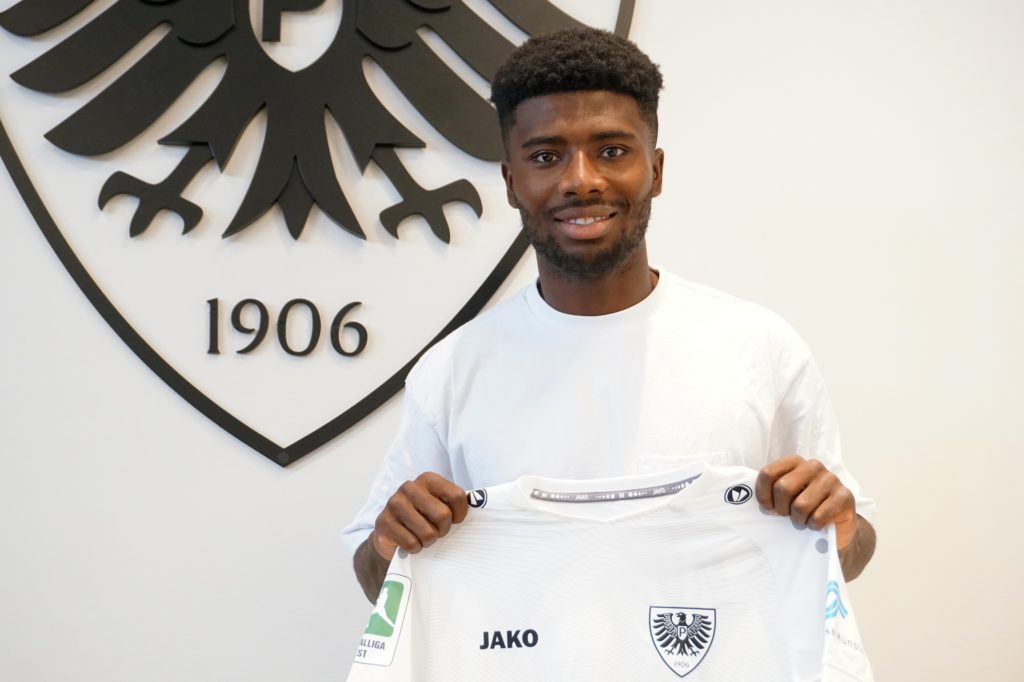 The fourth-tier club unveiled Manfred as their new player on Monday, confirming his switch from third-tier club SV Waldhof Mannheim.

It is the Kumasi-born's fourth club since turning pro in Germany five years ago.

“We are very happy to have convinced Manfred of us! He has already proven his qualities in higher leagues and has a very positive personality with whom he fits into the team as a guy, "said sports director Peter Niemeyer, commenting on the Prussians' fifth newcomer.

And went on to say: "As a fast winger, he fits exactly into our requirement profile, but can also play behind the top or as a second striker. We are convinced that he will continue to strengthen us, the offensive department of the Eagle Bearers with his qualities."

Kwadwo himself, who has already played in the Preußenstadion with his ex-clubs, is looking forward to his time in black-white-green.

“The good conversations with sports director Peter Niemeyer and trainer Sascha Hildmann immediately grabbed me and they got me from the exciting The project is convincing here, "says the 26-year-old.

He also knows head coach Sascha Hildmann, saying "That is always a positive sign. I don't know the boys and the city yet, but I want to catch up on that quickly. I'm looking forward to my time here."

The 1.70-meter tall attacker was still under contract with Waldhof Mannheim last season, where he made a total of eight third division appearances.