The 22-year-old was unveiled as a new signing of the club on Tuesday afternoon at the press room of the Stadio Ricci.

Duncan put pen to paper to complete a permanent move from Inter Milan on Monday evening.

Sassuolo are yet to make public the duration of the Ghanaianâ€™s new contract which is believed to be in the region of four-years. 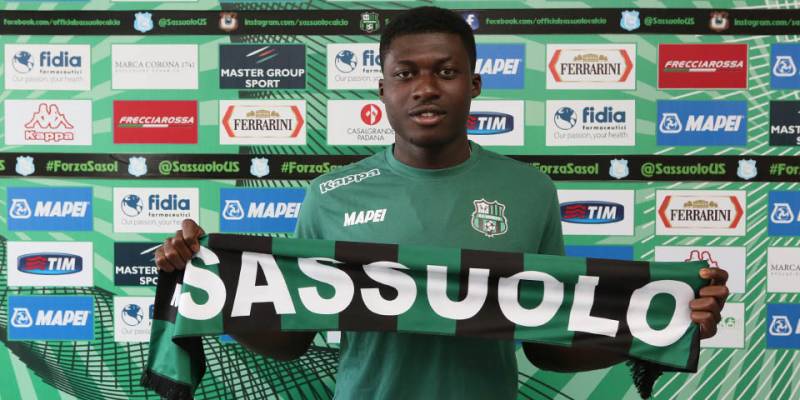 Alfred Duncan unveiled as the latest signing of Sassuolo
Duncan played for Sampdoria last season on loan where he made 26 Serie-A appearances and played alongside fellow Ghanaian Afriyie Acquah who has also since joined Torino.

The former Ghana U20 star will be hoping to establish himself at Sassuolo and come into his own as a regular first team player with importance following successive loan spells away from Inter since turning professional.