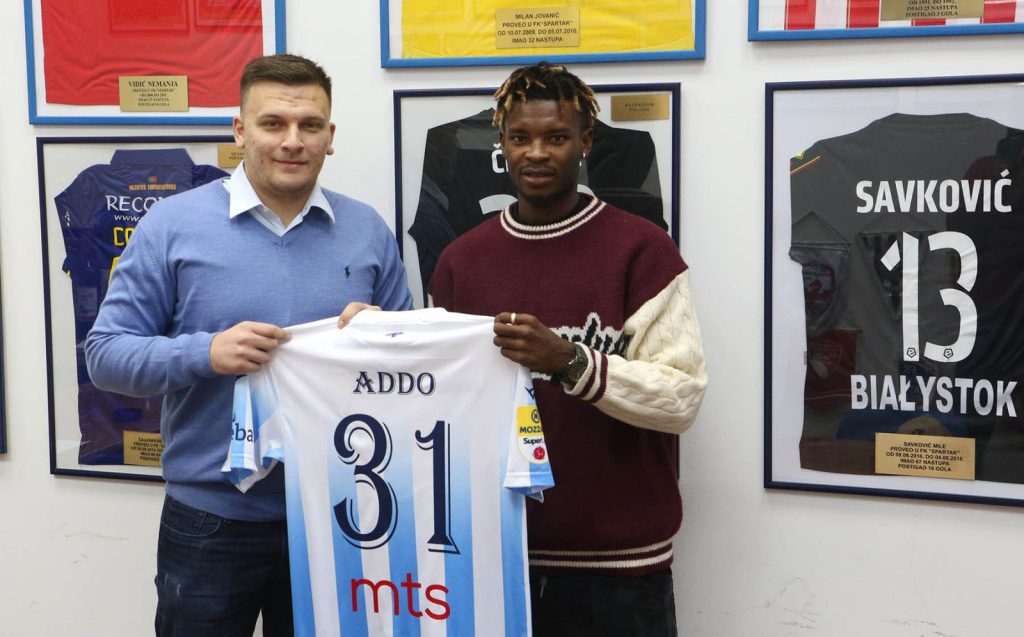 Addo, 22, has joined the side after leaving Moldovan club Sheriff Tiraspol where he has flourished.

Sherrif rejected an approach by Serbian giants Red Star for the defensive midfielder in January as the player was a key part of their participation in the UEFA Europa League.

The former Senica midfielder has joined the side on a permanent deal.

Addo featured 33 times for Sherrif last season across all competitions and scored once, helping the club to retain the Moldovan Super Liga title and also won Moldovan Cup.

He made his Ghana debut on November 11, 2021 during an Africa Cup of Nations qualifier against Ethiopia at the Orlando Stadium in Johannesburg, South Africa.

Addo has gone ahead to make seven more appearances for the Black Stars including a 90 minutes action against Central African Republic in June.