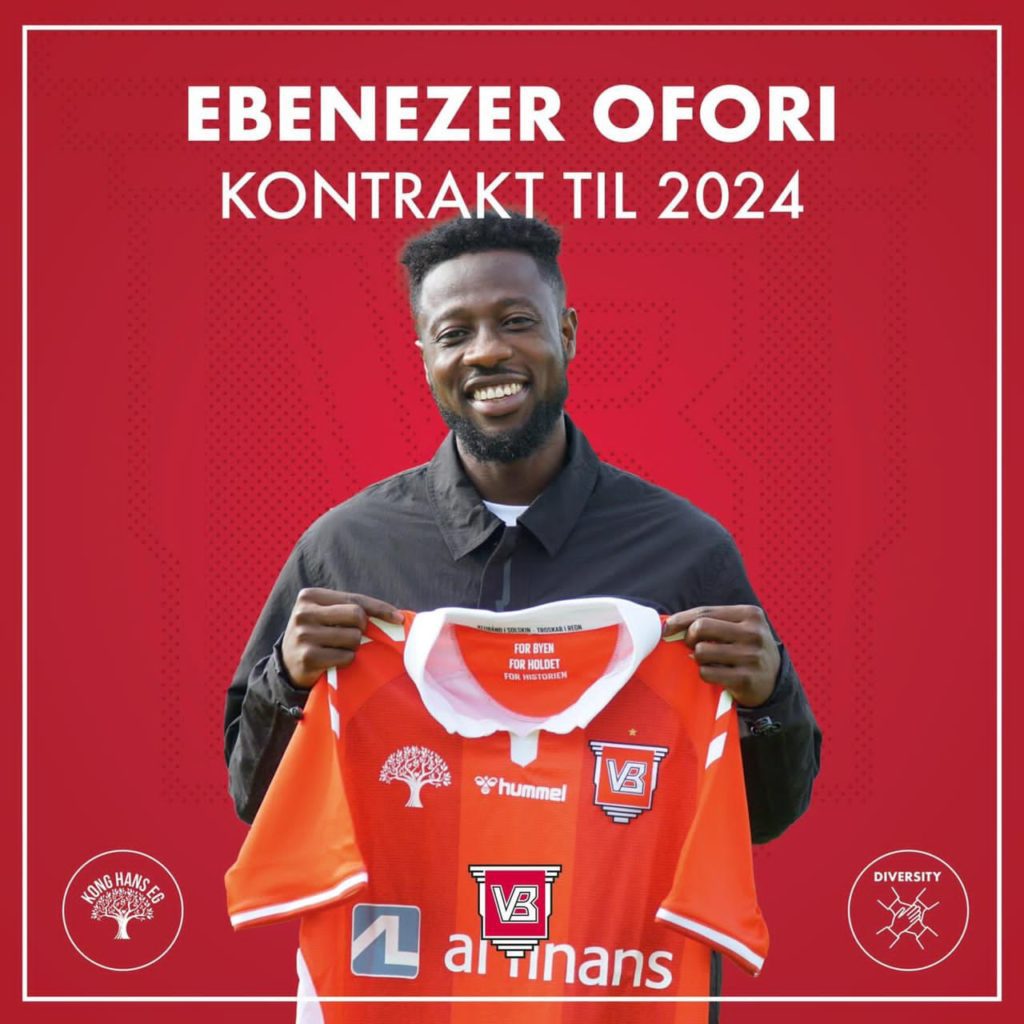 Ofori completed his transfer from Swedish Allsvenkan side AIK to Vejle on Wednesday after signing a two-year contract which ties to the club until 2024.

The 26-year-old was sent on a season-long loan to Vejle where he joined on January 2022 and went ahead to make 14 appearances in the Danish Superliga.

He was impressive with his performances which have convinced the club based in Jutland to sign him on permanent basis.

Ofori returned to AIK on January 2020 after unsuccessful spells at VfB Stuttgart and New York City between January 2017 and December 2019.

Ofori was signed by the German Bundesliga side in 2017 for a fee around €1.5 million following an outstanding campaign in the Swedish top-flight with AIK.

He was sent on loan to MLS side New York City after one year for two seasons before returning to Stuttgart.