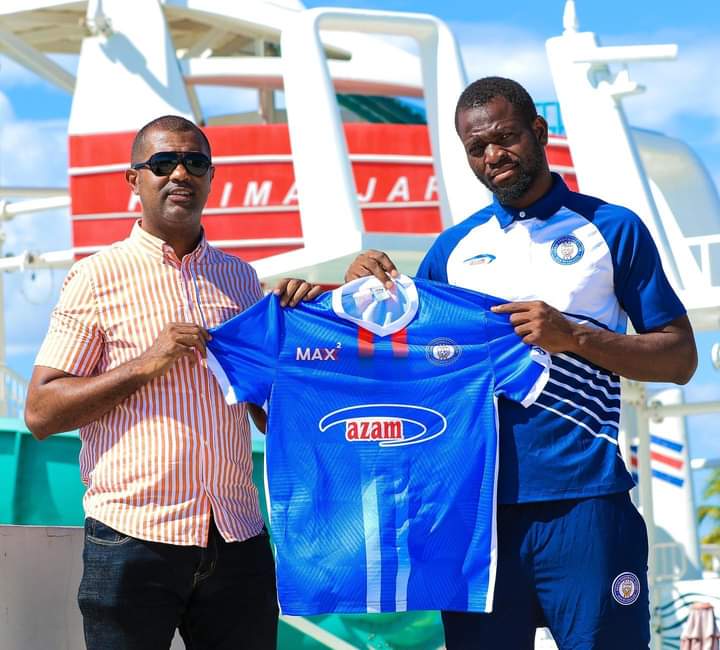 Azam FC have officially announced the signing of Ghanaian goalkeeper Abdulai Iddrisu in a permanent deal, GHANAsoccernet.com can confirm

The 25-year-old shot-stopper signed a two-year contract with the Tanzania Premier League on Sunday morning and has been unveiled.

Iddrisu was part of the Ghana home-based national team that was in Egypt preparing for the 2022 CHAN tournament which kicks off ten days from today.

However, the highly-rated goalkeeper cut short his stint with the Black Galaxies to travel to Tanzania to complete his move, ruling him out of the tournament.

Iddrisu will put pen to paper to sign his contract with Azam on Tuesday and will be unveiled on the same day.

He was outstanding for Bechem in the Ghana Premier League last season where he made 31 appearances, keeping 18 clean sheets and conceding just 18 goals in the process.

Iddrisu was also instrumental for the Hunters as they reached the final of the FA Cup, losing to defending champions Hearts of Oak in the end.

In the current campaign, he has played 8 matches in the Ghanaian top flight and managed to keep 3 clean sheets, and conceded 5 goals.

He has been the second-choice goalkeeper for the Black Galaxies since his invitation to the team.