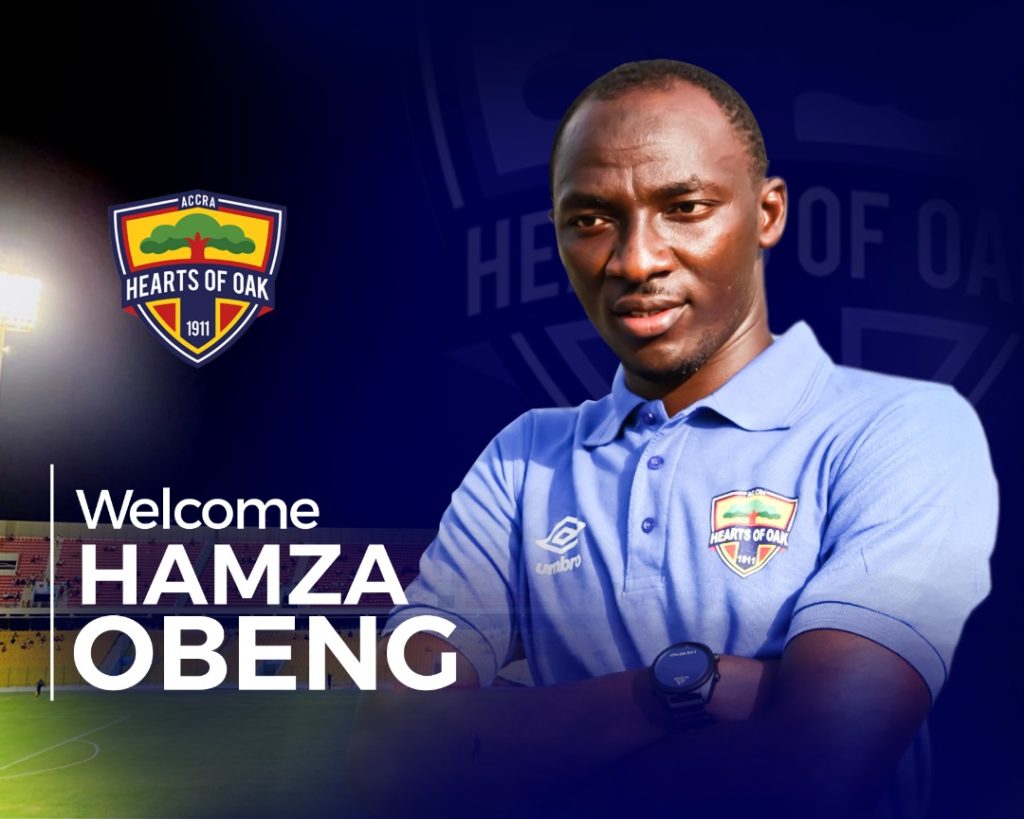 Hearts of Oak have confirmed the appointment of Hamza Obeng as the club's assistant coach.

The young gaffer has reunited with his former Medeama boss at the club after ending his stay in Tarkwa.

Obeng has signed a three-and-half-year deal with the Ghanaian giants.

The 30-year-old quit his role at Medeama on Tuesday to clear the path for a reunion with Samuel Boadu in the Ghanaian capital, Accra.

The emerging talent spotter has put pen-to-paper on a long term deal which will see him at the Ghanaian giants until mid 2024.

Our new assistant coach is here. ?

Before that, Hamza had served as the head coach of Ghanaian Division One League side King Faisal.

He hold Bsc in Business Administration from the University of Education, Kumasi campus.