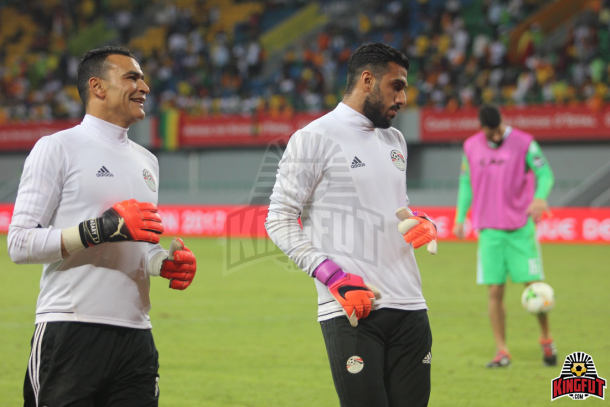 Ghana group opponents Egypt have suffered a major blow in their 2017 Afcon campaign as goalkeeper Ahmed El-Shennawy has been ruled out of the competition after sustaining injury in their clash with Mali on Tuesday, the Pharaohs have confirmed.

The shot stopper was substituted in Tuesday’s clash against the Eagles of Mail on the 24th minute after making a wonderful save to deny Mali the lead..

The Pharaohs have officially announced that the player will be out for two weeks after x-rays conducted reveald a hamstring injury.

“Medical scans confirmed that El-Shennawy will not be available to play for us again as he will need to rest for two weeks,” national team manager Ihab Lehita confirmed to the press.

“In a few hours more medical tests will be made on the player to know exactly how long he will be away for.”

El-Shennawy will be the second goalie the Pharaohs will be losing to injury as Sherif Ekramy is already on the injury list following a knock at training ahead of the opener with Mali.

This means Egypt will be left with the oldest player at the tournament Essam El Hadary as the only goalie and will struggle in the tournament should they proceed from the group.