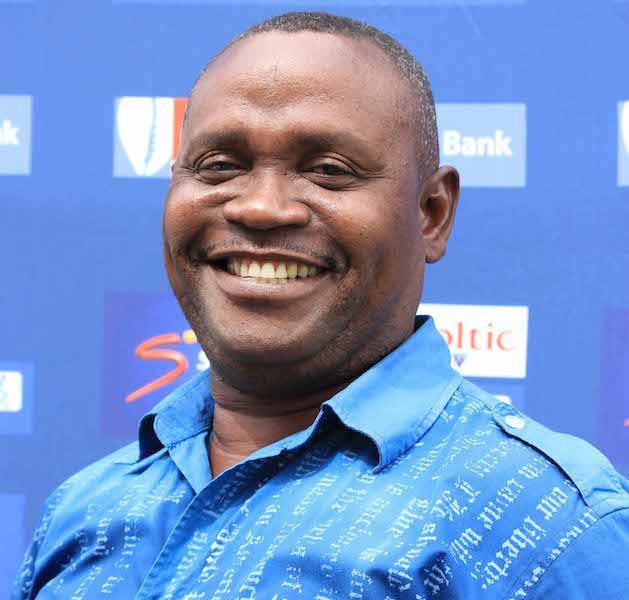 King Faisal Babes have officially confirmed the appointment of Jimmy Cobblah as the club's new head coach, GHANAsoccernet.com can report

The former Ghana U20 national team coach will be succeeding Serbian trainer Bozovic Branko who was sacked this week.

Following their disastrous start to the 2022-23 season, Faisal announced the departure of Branko and his assistant, Ivica Cvetanovski on last Monday.

The Kumasi-based club have turned to Cobblah, who has experience on the local terrain, to rescue them from the bottom of the Ghana Premier League once the suspension is lifted.

Faisal avoided relegation on the final day last season and have started the season poorly, with no points after three games.

Cobblah has previously coached Wa All Stars and Inter Allies FC in the Ghana Premier League before leaving Ghana for Togo.

The experienced gaffer handled Maranatha de Fiokpo in the Togolese top-flight where he guided to qualify for the CAF Confederation Cup in 2019.

He also worked for Ghana second-tier side Tudu Mighty Jets FC as a technical advisor.

Find the official announcement below: 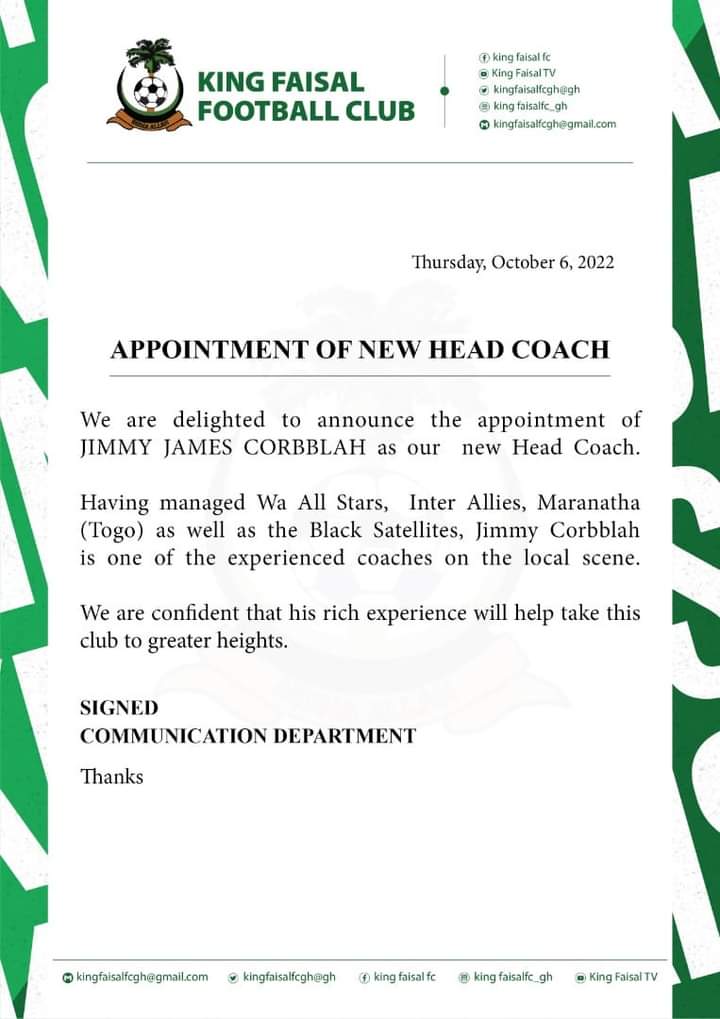