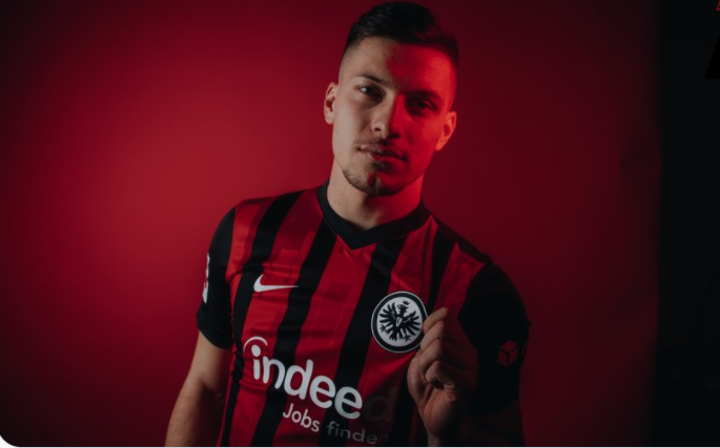 Luca Jovic returns to Frankfurt on loan from Real Madrid

Jovic, 23, left Frankfurt for Madrid in a 60-million-euro deal in summer 2019, but has failed to reproduce the form he showed in Germany, scoring just twice in 32 appearances for Los Blancos.

Prior to moving to Spain, the Serbian international had netted 27 times in 48 games for Frankfurt in the 2018/19 season, a haul that included 10 goals in the Europa League as the Bundesliga side reached the semi-finals.

This term, Jovic has featured for a total of just 208 minutes across five appearances for Madrid, and is yet to open his goalscoring account.

Move a chance for Jovic to recapture form - Eintracht's Bobic

"Luka hasn’t had an easy time of late in Madrid," Eintracht sporting director Fredi Bobic said following the announcement of the player’s return to Deutsche Bank Park. "It’s important for him to find his form again. He had a strong desire to return to Eintracht."

Bobic added: "Luka can use the next few months to get back to his best in an environment that’s familiar to him. Real Madrid know that he’ll be well looked-after with us and can continue his development. And for us, it’s clear that we have another outstanding option at centre-forward."

Jovic will wear the number-nine shirt at Frankfurt, the German club said.