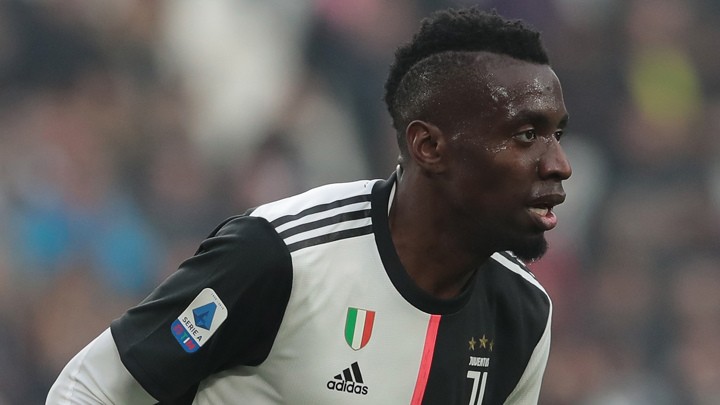 Juventus midfielder Blaise Matuidi has signed a contract extension with the Serie A side through to June 2021.

The 32-year-old's contract was set to expire at the end of the 2019-20 season, but he has been rewarded for another strong campaign with a one-year renewal.

In fact, according to the club's half-year report that was recently released, Matuidi signed his contract extension back on February 14, though it had not been announced publicly.

Matuidi has made 31 appearances in all competitions this term in a season that has now been put on hold due to the coronavirus crisis.

The France international is all too familiar with the virus, as he was the second Juventus player after Daniele Rugani to test positive for Covid-19 after the outbreak in northern Italy.

Matuidi, though, said he had been experiencing no symptoms and took a test out of an abundance of caution after Rugani's positive result.

"I am an asymptomatic carrier of the virus, aware that I have the privilege of being a professional footballer and therefore benefit from regular and excellent health monitoring," Matuidi posted on Instagram.

"If I had not been, perhaps I would never have known I was. I am positive, I am strong, my morale is as high as that of my family.

"I am positive, I am strong, morale is good. We will collectively emerge stronger from this test."

The Argentine admitted he was fearful after his diagnosis, but said he was feeling better after experiencing symptoms of the illness.

"I had a bad cough, I felt tired and when I slept, I felt cold. At first, I didn't think about what it could be but it had happened to two other team-mates and the last one was me," Dybala said during an interview with the official AFA website.

"We had headaches, but it was advisable not to take anything. The club gave us vitamins and over time we felt better.

"It's psychological. You were scared at first, but it's OK now. These days we haven't had any symptoms."

Matuidi has been a mainstay for Juventus since joining the club in August 2017 after spending several season with Paris Saint-Germain.

The midfielder has also been a vital cog for France since making his international debut in 2010, as he started four matches at the 2018 World Cup in his country's run to the title.