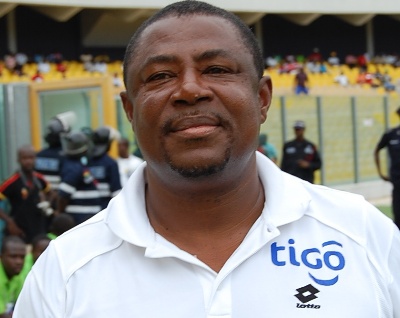 Fabin met with officials of the Kpando-based side at their New Achimota secretariat in Accra on Wednesday evening to firm up the deal.

The young but experienced coach will put pen-to-paper to a permanent contract if he is unsuccessful in securing the Ghana Under-17 coaching job.

"I told them I have applied for the Black Starlets job and will sign a permanent contract with them if I don't that coaching post," Fabin exclusively told GHANAsocernet.com hours after agreeing a deal.

"I have been here before and I know the expectations of this club. Hopefully, I should begin training with the side next week."

Fabin left Lions in 2008 after winning the Premier League's best coach for that season.

He joined Kotoko but was released off his post before the first half of the season for failing to get the results.

Fabin later switched camp to Hearts of Oak the following season where he was also sacked.

Lions host newly-promoted Wassaman FC on the opening match-day of the Ghana Premier League on 9 October.