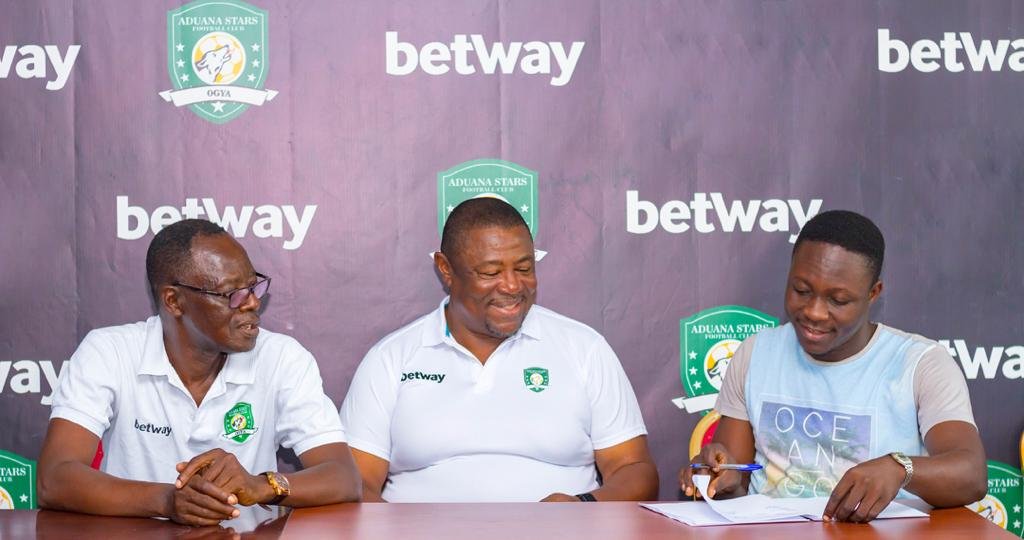 Paa Kwesi Fabin has finally put pen to paper to affirm his appointment as the new head coach of Aduana Stars, GHANAsoccernet.com can report.

Fabin signed a deal with the club for 12 months with an option to extend at the end of his stint.

The former Asante Kotoko SC, Hearts of Oak and Inter Allies FC trainer was introduced to the playing body within the week as he began his reign as gaffer of the two-time league winners.

The 61-year-old is expected to guide the Fire Boys to a respectable position on the Ghana Premier League log at the end of the season.

The former Heart of Lions coach has been in charge of the U17 national teams of Ghana and Uganda respectively.

Fabin's first game as coach Aduana comes off this Saturday as they face Dreams FC in round 12 of the Ghanaian top-flight.