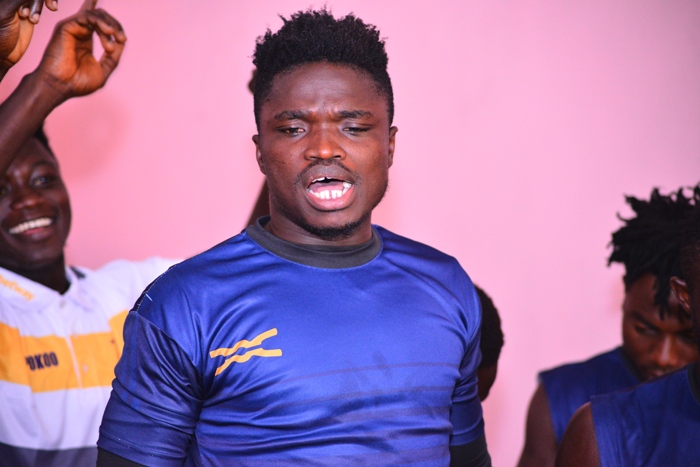 Mr Frank Ofori, the father of goalkeeper Eric Ofori Antwi, has shockingly claimed he was drunk when he 'disrespected Hearts of Oak eight years ago prior to his son's move to Asante Kotoko.

Mr Ofori in a radio interview said he would not allow his son to join the Ghanaian giants because players who hail from Bono region court bad luck when they associate themselves with Hearts of Oak.

Few weeks after that distasteful statement, the shot-stopper, who was in the form of his life, signed what is believed to be a lucrative contract with Asante Kotoko, and in the process snubbed Hearts of Oak who were desperately in need of his service.

Eight years on and the tables appeared to have turned. Ofori Antwi, despite having five months remaining on his Medeama contract, is literally begging Hearts of Oak to sign him.

However, the comment made by his father has not been forgotten by the Phobia fraternity and that could prevent Antwi from realising his 'dream' of being in post for Hearts of Oak.

In an attempt to make things easy for his son, Mr Ofori has used the same medium to apologise to Hearts of Oak and urged them to sign the goalkeeper.

“I had taken alcohol and I am sorry for making those comments about Hearts of Oak and I regret making them and I ask for their forgiveness,” said Antwi’s father in an interview with Onua Sports.

“I apologise for saying that, and now wholeheartedly bless my child for Hearts.”

Ofori Antwi wants to reunite with his former coach Samuel Boadu at Hearts of Oak.