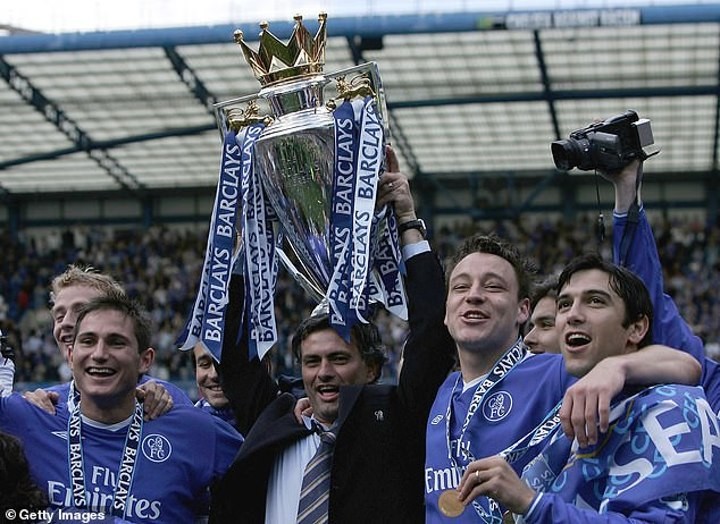 A long-time friendship was rekindled before Tottenham's game with Aston Villa when Jose Mourinho embraced his former captain John Terry.

The pair's storied history goes back to when the Portuguese manager first joined Chelsea in 2004, and together they won three Premier League titles during Mourinho's two spells at the club.

And before his Tottenham team were set to step out at Villa Park, Mourinho crept up behind the Aston Villa assistant head coach and the two shared a warm embrace.

Terry who played 492 games at the heart of Chelsea's defence over 19 seasons at Stamford Bridge, has always regarded Mourinho as his favourite manager during his time at the club.

And as well as three Premier League titles, Terry won the FA Cup and three League Cups together.

Their paths have since taken them different ways with Mourinho how manager of Chelsea's local rivals Tottenham, with Terry just at the start of his coaching career having retired in 2018.

39-year-old Terry is working under the helm of Dean Smith, who was asked before their game with Tottenham whether he would be picking the former England international's brain for knowledge about his former manager.

Smith replied: 'I have been picking JT's brains for the last 18 months!

'JT's been his captain twice at Chelsea and they've won a lot of trophies together. They've got a deep respect for each other. JT's openly spoken about the admiration he has for Jose as a coach and a person when they were at Chelsea.

'But the dynamics are different now. He's on my bench and he's sat behind me giving me bits of information that I'll need.

'We'll try and plot the downfall of one of his ex-coaches.'

Tottenham's visit to Aston Villa was the first time Terry and Mourinho have been on opposing dugouts.

Another of Mourinho's former Chelsea stars Frank Lampard has already been on the opposing dugout to both the Portuguese coach and his good friend Terry.

During the game Toby Alderweireld scored at both ends, before Heung Min-Son scored just before half time to put Tottenham 2-1 up.

Bjorn Engels scored after half time to equalise for Aston Villa.