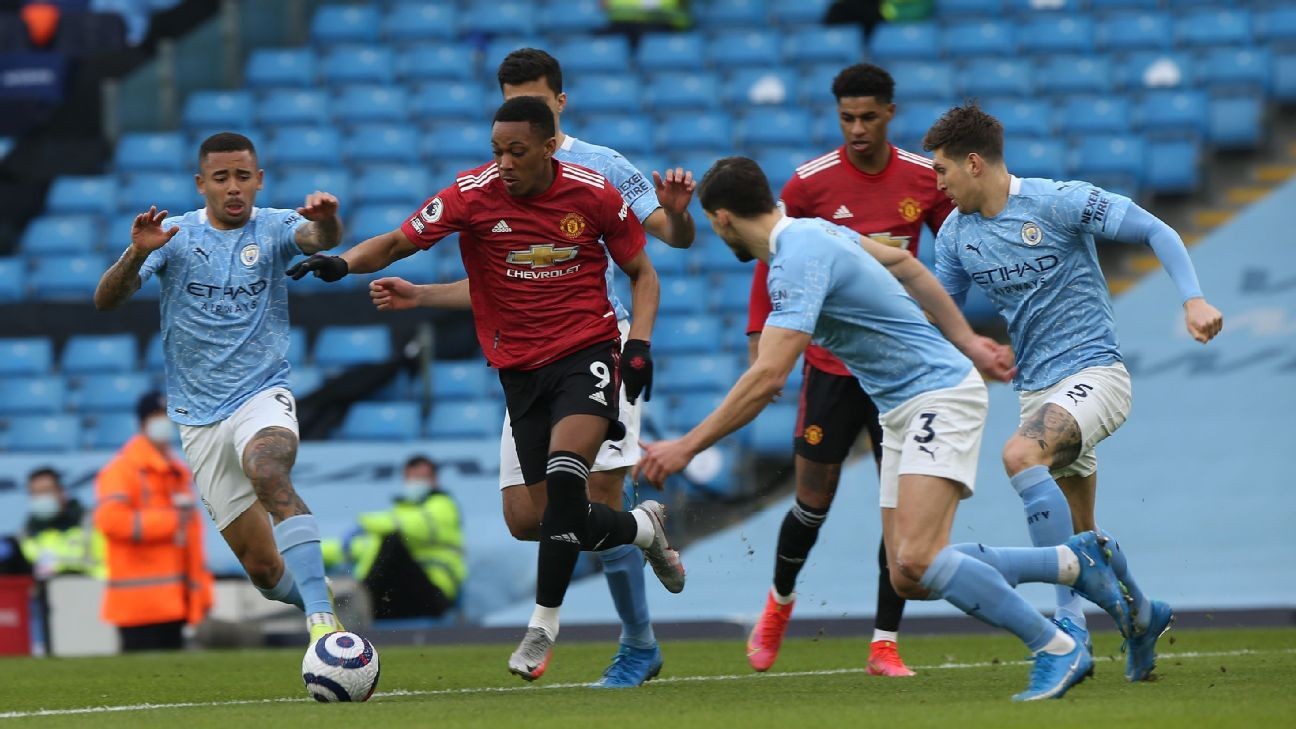 France forward Martial has struggled for large parts of this season and dropped down the pecking order behind Edinson Cavani, but with the Uruguayan ruled out Solskjaer asked the 25-year-old to lead the line, even though he too had faced a fitness test.

"Anthony Martial was man of the match. That was the Anthony we know, strong positive and taking players on. Delighted for him," said Solskjaer.

"That was the Anthony of old. Until two hours before warmup I wasn't sure if he'd play. Today he rediscovered himself. He was really strong on the ball and very positive."

It was Martial who was brought down after 34 seconds to earn United a penalty and he caused City problems throughout with his strong running and sharp movement.

Shaw, who has put his troubled time under previous manager Jose Mourinho behind him this season, contributed to a solid defensive unit but also got forward down the left flank.

It was his surging run and then precise finish that made it 2-0 in the 50th minute.

"The second goal was magnificent. Luke just showed what he is about. He was a massive doubt this morning and had to go through a fitness test to play. What a performance," said Solskjaer.

"When you come away with a 2-0 win and another clean sheet and a performance like this then you are delighted.

"We had to defend well. No team in the world of football has a chance against Manchester City without being collective."

The United boss, however, said there was no point in second-placed United thinking about overhauling City's 11-point lead at the top of the table.

"They [Manchester City] are so far ahead you can't really think about anything but making sure we win our games and be better than last year. We were third so we want to move up the table of course."