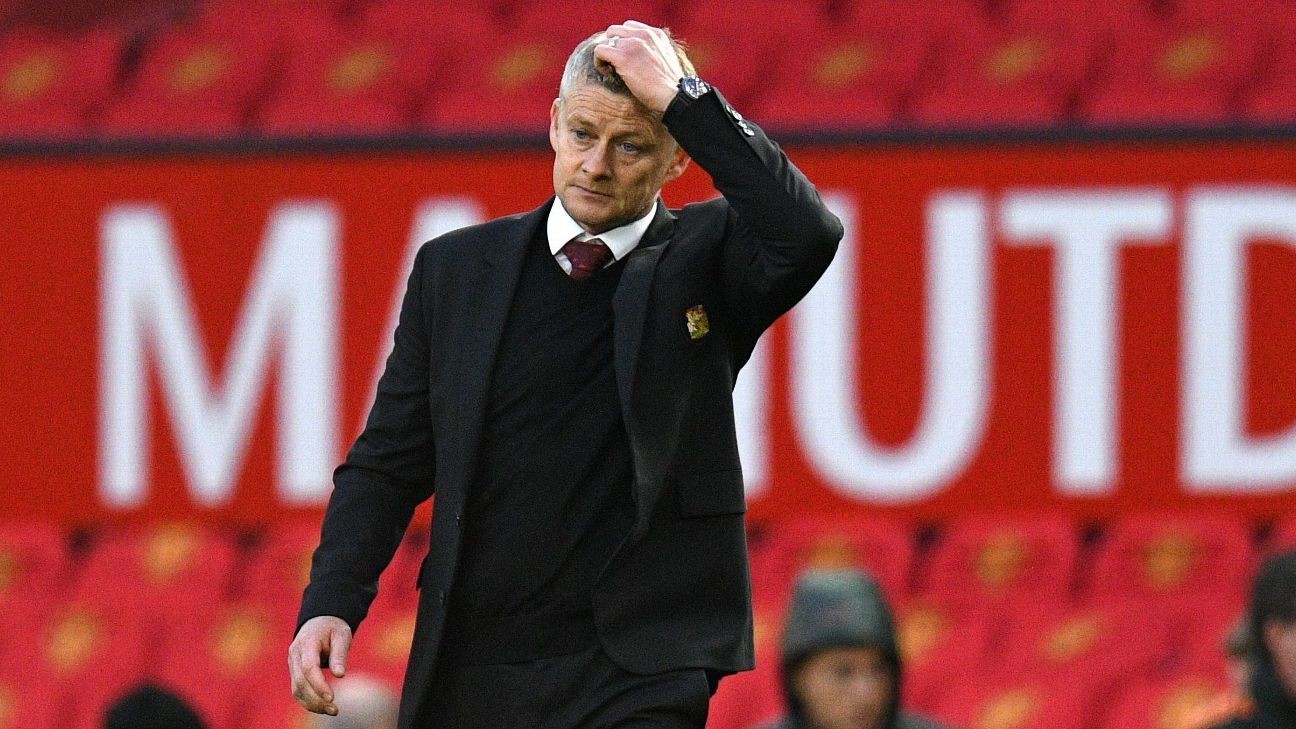 Ole Gunnar Solskjaer has welcomed Ed Woodward's long-term backing but the Manchester United manager has accepted he is never more than six games from the sack.

Woodward has been firm in his stance that Solskjaer fits the club's "long-term approach" with his latest show of support coming at a fans' forum event held last month.

The Norwegian's position again came under scrutiny following the 3-1 defeat to Paris Saint-Germain on Wednesday which left qualification in the Champions League on a knife edge.

And despite Woodward's insistence that Solskjaer is safe, the United boss admits he is under pressure to be successful now.

"From my experience, from my discussions with the club, we think long term," Solskjaer told a news conference on Friday ahead of the trip to West Ham.

"Of course, you've got to look at the short-term results as well but my vision is long term and my discussions with the club have always been long term.

"But also short term, you can't not think about the next six games.

"You've got to think about the next game and the next six. You also have to plan and think for the bigger picture. For me, I can only speak from my experience."

Solskjaer will go head-to-head with David Moyes at the London Stadium on Saturday. Moyes is one of the few managers who has also experienced the unique pressure of managing at Old Trafford.

"We are lucky in that respect that we have so many fans and you just have to withstand or enjoy whatever pressures that will give you.

"We're working towards that with the players as well that are getting used to playing for Man United. They are different demands than playing for other teams."

Victory over West Ham would leave United two points behind leaders Liverpool and Tottenham, who both play on Sunday.

The last three Premier League champions have each recorded 98 points or more but Solskjaer believes this season's winners won't need to find the same consistency.

"I don't think you'll see the same total points score we have seen the last three seasons, 100% sure because of the congestion and because of the preparation teams have had," said Solskjaer.

"One of those seasons after a blip, after a defeat, after a bad performance you need to get back on form again.

"There's been so many examples of teams slipping up when you think maybe they're going to run away we're going to do as well as we can as long as we can and hang in there and keep moving up the table."