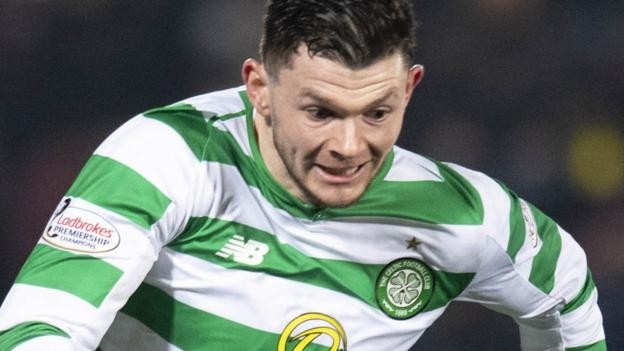 Oliver Burke made eight appearances under Neil Lennon at Celtic

West Brom's sporting director said Burke "will not be going anywhere near Celtic with the current manager".

Luke Dowling hinted there was a change in approach towards Burke, 22, after Neil Lennon replaced Brendan Rodgers.

"West Brom have made no contact whatsoever with either Neil or the club in relation to Oliver," Celtic said.

"These comments, which question the professionalism of both Neil and Celtic, are ridiculous and completely inaccurate."

Scotland forward Burke, who joined West Brom from RB Leipzig in a £15m deal in 2017, was loaned to Celtic in January and scored four goals in 14 games. Rodgers left for Leicester City the following month.

"As with every player who comes to Celtic, Oliver received the very best of treatment and every support and opportunity," Celtic's statement read. "We wish Oliver the very best for the future."