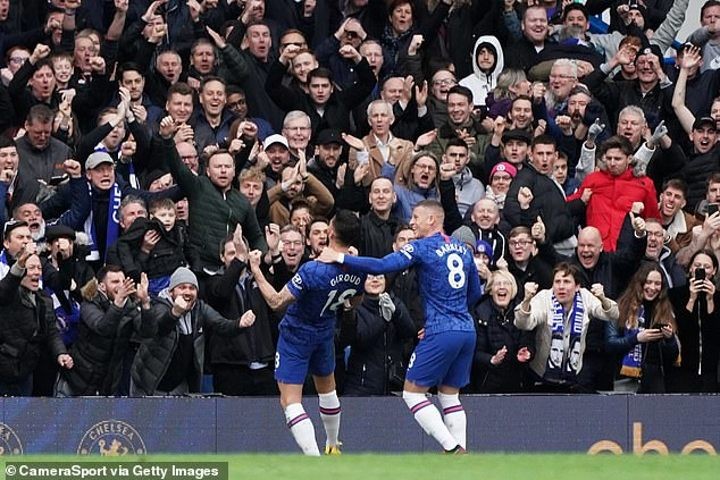 And as they delivered it, they asked everyone else to recompense them for what they had squandered.

They asked us, the taxpayers, by applying to the Government’s furlough scheme to help pay lower-paid staff. And most of all, they asked the players. They treated them like children.

They bullied them and patronised them and then they begged them. And they seemed surprised when the players did not respond with obeisance in the meeting between the two sides on Saturday.

Here is something worth remembering as we contemplate football’s civil war: no one loves football because of its pen-pushers and its men in suits. No one would pay a penny to watch Daniel Levy do his accounts. No one wants to be in on the moment when Ed Woodward seals a deal with a noodle sponsor. No one wants to watch Stan Kroenke count his money.

We are here for the players. All of us. We go to Tottenham to see Harry Kane score goals. Or to Anfield to watch the breathtaking brilliance of Trent Alexander-Arnold. Or to the Etihad to see the magic in the boots of Kevin de Bruyne. Or to Leicester to see the jet-heeled pace of Jamie Vardy. Or to Old Trafford to see local kid Marcus Rashford bursting through the ranks. Or to the Nou Camp to marvel at the dazzling skills of the greatest of them all, Lionel Messi.

We go to football for them. We pay to get into stadiums for them. And not just the superstars. All of us, whoever we support, be it a team in the Premier League or the National League, establish connections with players.

We invest, emotionally and financially for the players, while money-makers and speculators and investors such as Levy and the Glazers and Karren Brady and Kroenke and Mino Raiola get richer on their backs and watch the money accrue in their coffers.

So when Health Secretary Matt Hancock followed Levy’s lead last week and tried to throw Premier League players to the wolves by calling on them to take pay cuts, he picked the wrong target. He picked on the millionaires because it was a cheap distraction but the players are not the villains of this piece. They never have been.

The players didn’t award themselves their salaries. Owners and chief executives did that. So if we are looking at anybody to take the hit for the situation that the game finds itself in, we should be looking at the billionaires who own our Premier League teams. The ‘Greed is Good’ principle has served them well for a long time. This is their payback.

So when billionaire owners at Liverpool and Spurs and Newcastle apply to the Government for help at the first sign of financial adversity, misreading the mood of a nation that is trying to pull together in the face of this threat to our way of life and the health of so many, maybe it would be better to query the ethos of the people who own our clubs, not the players we love to watch.

Liverpool’s announcement on Saturday that it was placing some of its staff on furlough spectacularly undermined the PR recovery effort by the Premier League earlier in the week when it said it was donating £20m to the NHS and funds to stricken clubs in the lower leagues.

It is hardly surprising that the players’ statement on Saturday night was strongly worded and that there were suggestions that their representatives in Saturday’s meeting with the Premier League displayed some irritation. They have been treated like kids by their employers as clubs sought to turn them into scapegoats for the effects of a health emergency. The notion that a football club is one family pulling together is one of the many misconceptions that has been exposed by this crisis.

Liverpool’s resort to furlough also served as a reminder that the players’ salaries are not the problem here. Manchester United players have already agreed to give 30 per cent of their wages to the NHS for a month. Jordan Henderson, the Liverpool captain, is organising a wider fund to channel a portion of players’ wages into our health service, too.

One Premier League player gave an interview to Football365 last week, on condition of anonymity, and revealed he had given his salary away to good causes for the past two years.

His entire salary. There are plenty more who have enough of a social conscience to redistribute some of their wealth. More and more have charitable foundations.

In the circumstances, the players were absolutely right to seek reassurances from Premier League bosses on Saturday about exactly what they would do with the savings if they agreed to a wage cut or deferral.

Players or owners? I know who I’d rather trust.