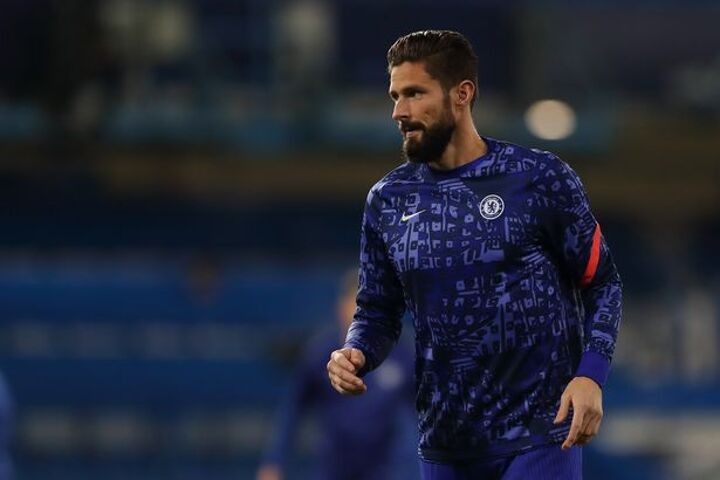 Olivier Giroud has admitted his lack of playing time at Chelsea is “worrying” and he will have to make a decision about his future in January.

The France World Cup winner has played only 41 Premier League minutes this season, including three minutes off the bench at Newcastle on Saturday.

Giroud, 34, scored two more goals for France last week but has been told by coach Didier Deschamps that he needs to be playing regularly before Euro 2021.

The former Arsenal forward signed a contract extension in May to take to the end of his season – and then scored seven goals after the restart.

But the summer signing of Timo Werner has pushed him further down the pecking order. And Giroud told French TV show Telefoot : “I am aware of my situation. I know the score. We have discussed it again.

“I will have to take a decision in January but I hope to take the right decision. I have always done that of course.

“It is concerning because I believe I still have a role to play in the team especially after having a very good end to the last season and I contributed to qualifying for the Champions League.

"I thought I could still help the team. It is true that my game time is reduced a lot. That has to change or I have to make a decision.

"People talk about my age but I still feel very good physically even if I am obviously not playing a lot of matches.

"I still have a lot of desire and enthusiasm and I think what makes a career last longer is the mentality, the motivation and determination to always go further.

"As long as I have that, I will carry on trying to bring that to the team.”

Giroud, who became a father for the fourth time last week, described international duty “a breath of fresh air”. His two goals against Sweden last week took him to 44 France goals – second only to Thierry Henry (51).

Giroud added: “I have been in contact with him since he was at Arsenal with me. He is very happy for me.

"I have a lot of respect for the fantastic player he was. Also as a man. It would be a great honour to reach him but we go step by step.

"The important thing is to be competitive and help the team reach its objectives.”