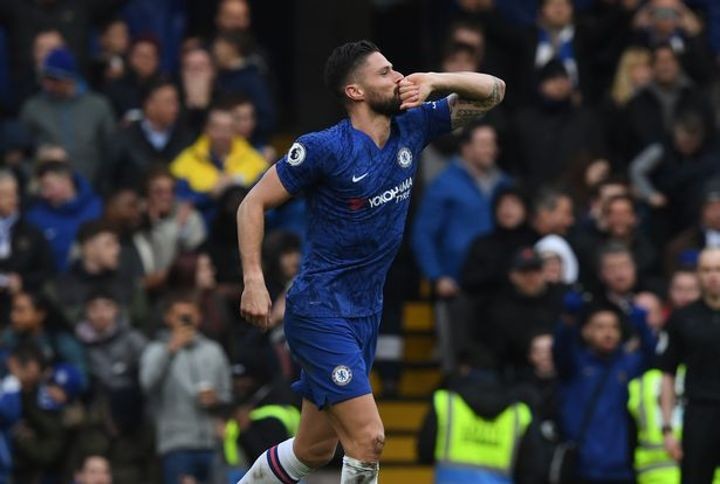 Chelsea striker Olivier Giroud has admitted that he was desperate to transfer over to Inter Milan in January - but boss Frank Lampard blocked the move.

The striker has only made two starts for Chelsea in the Premier League and so wanted to depart Stamford Bridge in search of regular playing time.

Youngster Tammy Abraham has been Lampard's number one choice for upfront this season, but the Blues boss wanted to keep hold of his man, despite Giroud being wanted by Lyon, Lazio, Tottenham, Newcastle United, Manchester United, Atletico Madrid, and Inter in the January transfer window.

Speaking to Telefoot, the 33-year-old said: "In January, I saw myself far away from Chelsea.

"I saw six complicated months ahead of me. That’s why I had the desire to change scenery. I tried to leave in January. It was all done, but in the end Chelsea didn’t want to let me go.

"I could only leave on the condition they found a replacement. I still hoped to leave on January 31. Everyone knows that Inter’s sporting project was the most interesting for me. Them aside, Lazio and Tottenham also looked at me.

He continued: "At one point, it was a question of where I wanted to play. I talked to Conte on the phone, he’s known me from when he took me to Chelsea: that was an advantage for me.

The forward also conceded that playing in Europe was a big pull in wanting to move to the Milan side.

"In addition, Inter play in the Champions League. They’re a great club. Lazio, for their part, tried absolutely everything, even coming to London to try something, but the deal was blocked.

"‘I also talked on the phone to Lyon’s President, who expressed an interest in me, but I told him that my priority was going to Inter".