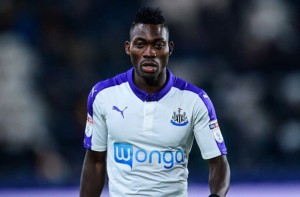 Turkish newspaper Fanatik claimed on Thursday that Chelsea are in talks with the Turkish leaders regarding the Ghanaian.

The reports further suggested negotiations with the Blues had reached an advanced stage for a loan deal for the second half of the season.

But close friends have told GHANAsoccernet.com the 25-year-old is not interested in a move to Turkey.

He prefers to stay in the top leagues of Europe to reach his full potential.

"Atsu has no plans of leaving England at the moment. He has no interest in joining any team in Turkey, a source told GHANAsoccernet.com

"He is enjoying his life at Newcastle United  at the moment and wants to continue with his progress at the club.

"In the worse case scenario, he will stay in the top leagues of Europe."

The 25-year old has played 16 matches and scored three goals in the Championship.