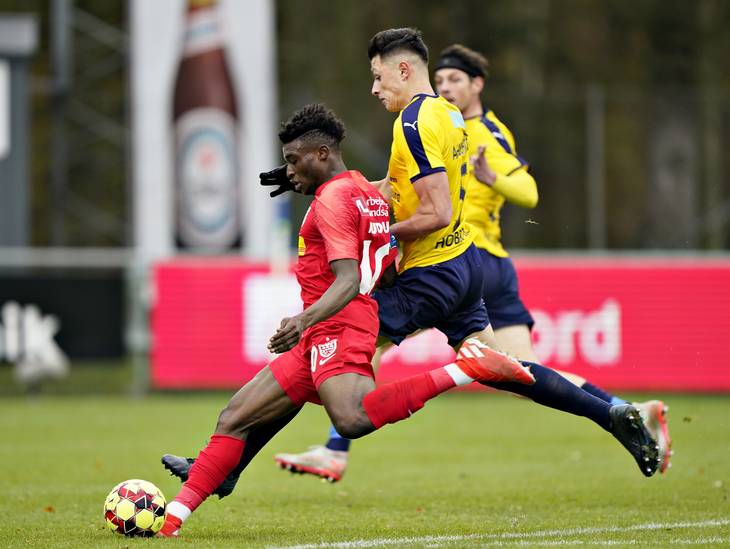 Ghana teenage sensation Mohammed Kudus gave his confidence a massive boost by scoring in the Danish top-flight on Sunday, just hours before departing to join the Black Stars for the first time.

The 19-year-old, who was given his debut call-up for the Ghana senior national team for Thursday's Africa Cup of Nations qualifier against South Africa, converted a penalty in the 35th minute to spark Nordsjaelland's 2-2 draw at Hobro.

The former Ghana U17 superstar was scoring his fifth goal of the season in 12 league appearances.

Kudus, who is in his first season in the Danish top-flight side, is one of the consistent players for Nordsjaelland this term.

His scoring form will certainly boost his confidence as he seeks to make an impression following his first call-up to the senior national team, the Black Stars.

The former Right to Dream Academy player is expected in Accra on Monday night to join the Black Stars prepare for the 2021 Africa Cup of Nations qualifier against South Africa in Cape Coast on Thursday.

He will also be part of the squad for the match against Sao Tome and Principe three days later.

Kudus has represented Ghana as a youth international- playing at the 2017 FIFA U17 World Cup in India and the 2019 African Youth Championship in Niger.