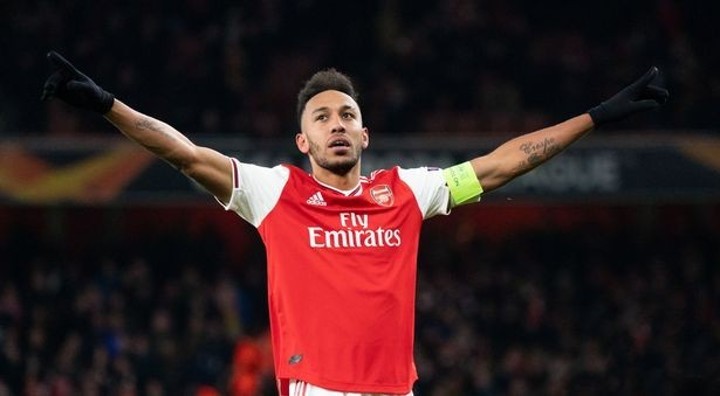 Aubameyang appears relaxed over his Arsenal future after being quizzed about it on Instagram.

The Gunners frontman will be free to leave the Emirates next summer as his contract winds down.

Arsenal are determined to avoid being put in a scenario where they are forced to sell their prized assets.

But Aubameyang, who has scored 61 goals in 96 games since joining in January 2018, was asked by former Premier League man Kevin-Prince Boateng what he's going to do.

"They're [fans commenting on the stream] all saying you should sign a new deal with Arsenal," he said on an Instagram live video.

"Ah, yeah. I know," replied Aubameyang before Boateng asked him how long he had left on his current Arsenal deal.

"One year," he replied before adding: "Sure, sure..." with a laugh when asked whether he intends to stay with the Gunners.