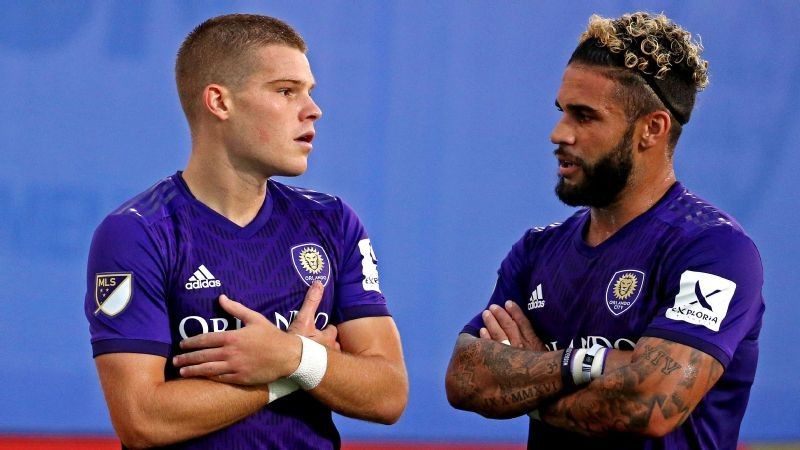 Mueller got his first in the fourth minute, scoring on a free kick from Joao Moutinho that never hit the ground. He added a second goal in the 10th minute to give Orlando a 2-0 lead.

Mueller has three goals in the tournament for Orlando, which has earned a place in the round of 16 with the win.

NYCFC got a goal from Jesus Medina in the first half but couldn't overcome the deficit and Orlando's Tesho Akindele scored late to seal it.

Orlando City was coming off a 2-1 victory over Inter Miami in the tournament opener. Nani scored the game winner in stoppage time.

NYCFC lost 1-0 to the Philadelphia Union in its opening match of the tournament. The loss was all the more disheartening because Maxi Morales, the league's assist leader last season, sustained a quad injury and could miss several weeks.

NYCFC challenged Orlando in the 30th minute but goalkeeper Pedro Gallese dove to deny Gudmundur Thorarinsson. They finally pulled a goal back in the 38th minute on Medina's blast from outside the box into the top corner.

Akindele's header wrapped up scoring in the 81st minute, while NYCFC midfielder Alex Ring made his 100th MLS appearance.

Orlando City played to a scoreless draw with Real Salt Lake in the regular season opener on Feb. 29. It lost 2-1 to Colorado before the league was shut down on March 12 because of the coronavirus outbreak.

NYCFC opened the regular season with a pair of losses to Columbus and Toronto. The team was playing this season under new coach Ronny Deila after finishing atop the Eastern Conference last year.

The results of the group stage matches played without fans as ESPN's Wide World of Sports Complex will count toward the regular season.