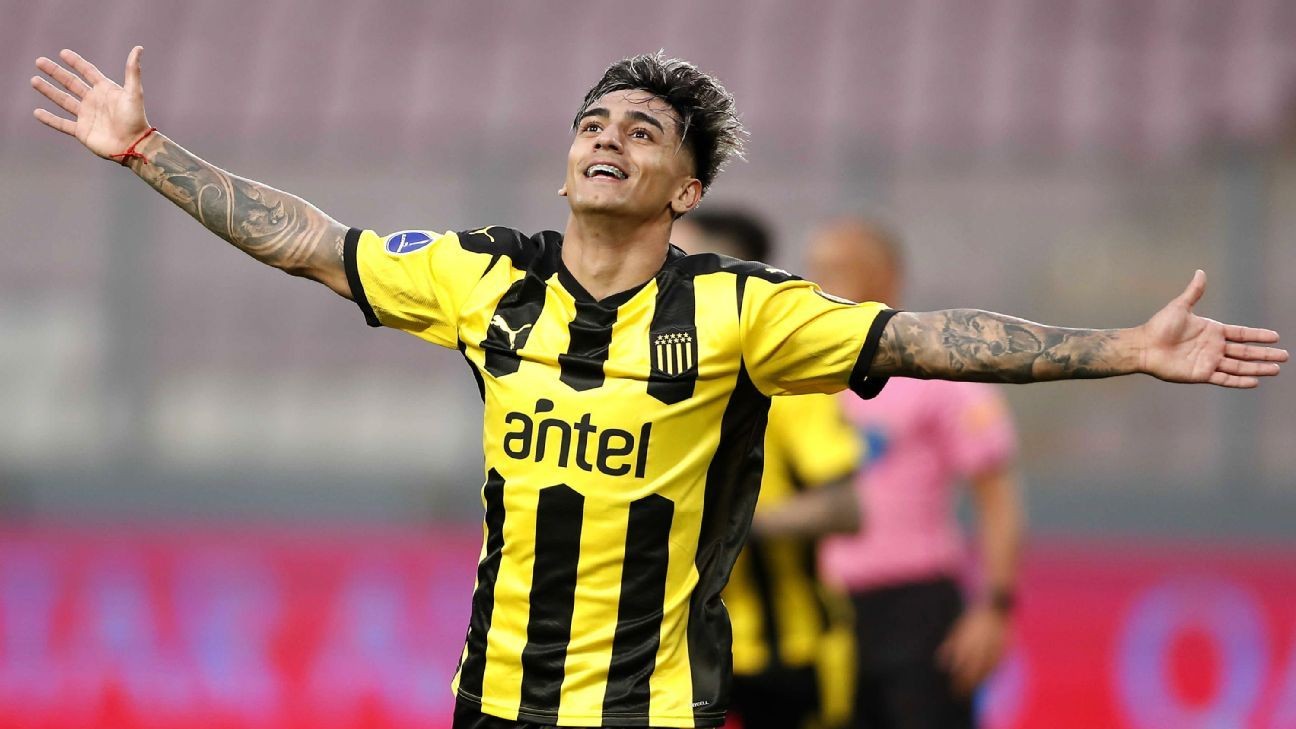 Orlando City SC signed 21-year-old Penarol winger Facundo Torres to a four-year contract with a club option for 2026, the Major League Soccer side announced on Monday.

The Uruguay international comes to Central Florida on a Young Designated Player deal. This roster mechanism caps the budget charge at $150,000 for players 20 and younger, and $200,000 for players between the ages of 21 and 23.

Financial terms of the deal were not disclosed, but sources told ESPN that it was a club-record transfer fee. The Orlando Sentinel reported that the Lions paid $7.5 million, with that figure rising to $9 million should certain performance bonuses be met, and that the deal also includes a sell-on clause that will see a portion of any future transfer fee go to Penarol should the player leave the Florida team.

"Facundo is a young player with a lot of potential and upside, and he is just beginning to make waves on the international stage," said Orlando GM Luiz Muzzi. "The danger that he creates on attack will be a real asset on the offensive end and we're excited for him to step on the field in purple."

Torres has recorded 15 goals and 16 assists in 71 career appearances for Penarol. His performances for the Montevideo club have seen him rewarded with 10 appearances with Uruguay, most recently in November's World Cup qualifying defeats to Argentina and Bolivia.