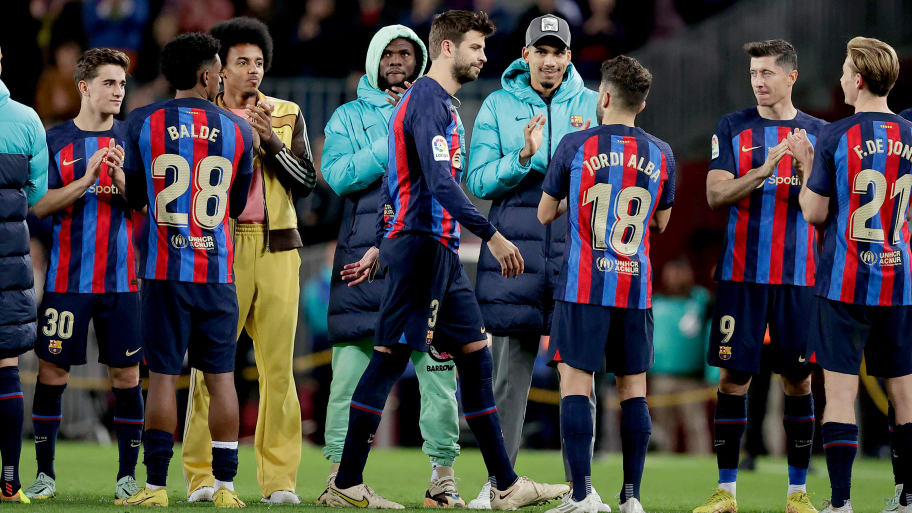 Barcelona will kick off the final round of La Liga fixtures before the World Cup with a trip to Osasuna on Tuesday.

La Blaugrana will be looking to go into the break atop the league table and need to pile the pressure on Real Madrid, who will play their game in hand later this week and could create some distance with a victory.

On the other side of the ring and looking to spoil the fun are an in-form Osasuna side who have moved up to fifth in La Liga and are only one point away from being the best side in Spain not named Barcelona or Real Madrid.

Here's all you need to know about this one.

Where are Osasuna vs Barcelona playing?

On-loan Barcelona winger Ez Abde is unavailable due to a thigh injury, but that's nothing new for Osasuna, who are also expected to be without Kike Saverio and Sergio Herrera.

Centre-back Gerard Pique is technically still available for Barcelona, having vowed to retire before the World Cup gets underway. Xavi has refused to discuss his role and could turn back to the returning Andreas Christensen and Eric Garcia.

Ronald Araujo, Sergi Roberto and Franck Kessie are certain absentees are we're unlikely to see either Memphis Depay or Jules Kounde either.

Osasuna are dangerous this year. They drew 1-1 with Real Madrid at the Santiago Bernabeu last month and are more than good value for their spot so high up the table.

The main issue for Osasuna, however, is their struggles for goals outside top scorer Chimy Avila, who is the only player to have scored more than twice for the club this season. That sounds like trouble against the league's toughest defence.

Barcelona will fancy their chances of keeping Osasuna at bay and should have enough about them to make the difference at the other end.