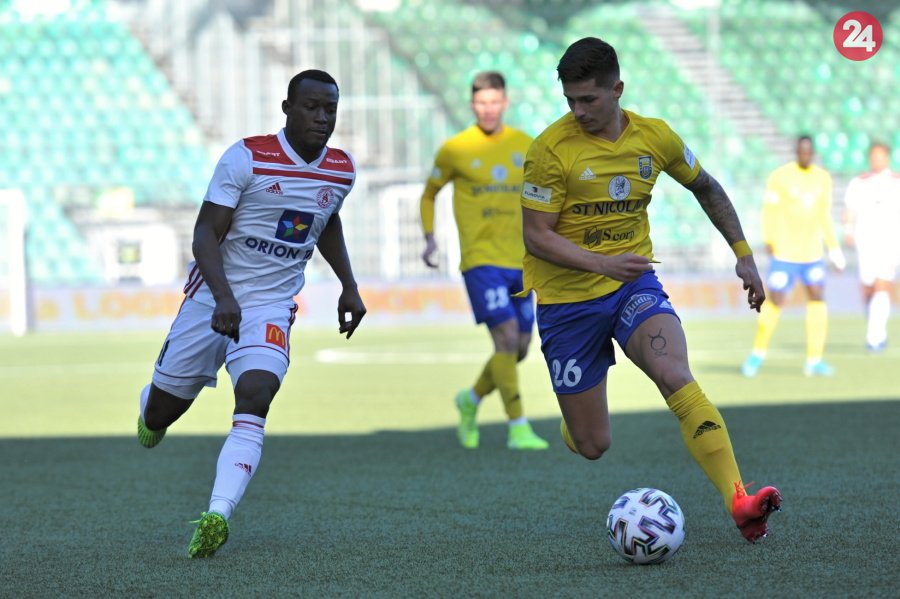 Osman Bukari was difficult to contain

Ghana's leading football news outfit, Ghanasoccernet.com, has named young winger Osman Bukari the Player of the Week of Ghanaian players abroad following his highly impressive display in the Slovakia top-flight over the weekend.

The 21-year-old is the automatic choice after grabbing stole the headlines in Europe when scoring three goals and providing two assists in the Slovakia top-flight league. Click here to watch video highlights of the match.

Following Ghanasoccernet.com's consistent and comprehensive coverage of Ghanaian players abroad, it is clear that no player came close to the performance of Bukari over the weekend.

His performance by far outstrips other impressive showing by Ghanaian players but the three goals and the two assists would surely stand tall on any given day in any competition in the world.

The Ghanaian helped his club to send their opponents home with a shameful 8-1 defeat, switching fifth and eight positions in the league table as a result.

After the first half of Trencin's match-up against Michalovce, the visitors still held a chance of success losing 1-2 but the floodgates opened in the second half and the home team's six consecutive goals left Michalovce down and out.

21-year-old Osman Bukari led Trencin's scoring with three goals, Ante Roguljic added two on a unique match of the 19th round and also the entire season.