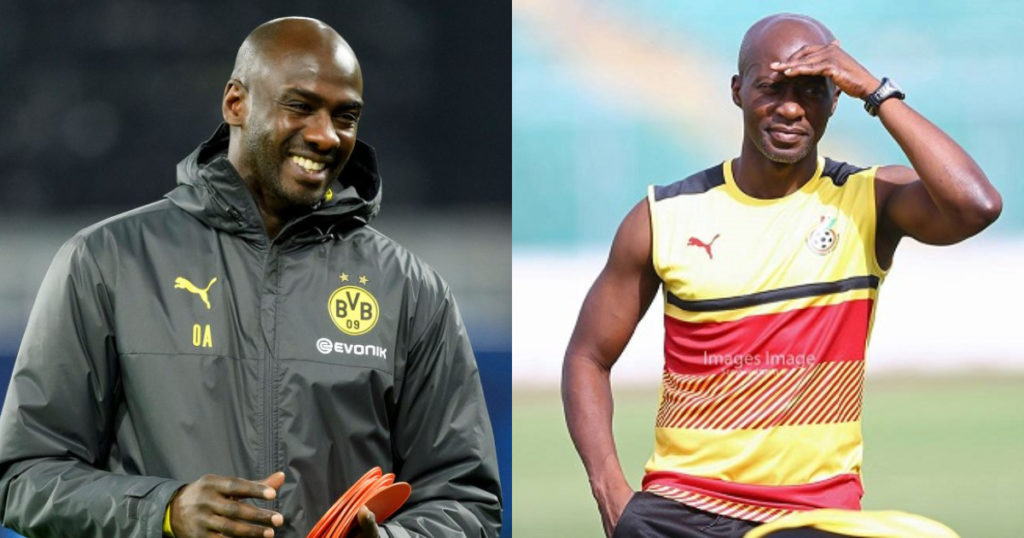 Former Ghana internationals, Ibrahim Tanko and Otto Addo, have been tipped as the men to replace Charles Kwablan Akonnor as coaches of the Black Stars.

Charles Kwablan Akonnor was sacked on Monday, September 13, 2021, after a poor start to the 2022 World Cup qualifiers.

The hunt for a new coach has already started with a three man committee set by the Executive Council of the Ghana Football Association tasked to find Akonnor's replacement in the next three days.

"The Executive Council has formed a three (3) Member Committee made up of Vice President Mark Addo, Upper East Regional Football Association Chairman, Alhaji Salifu Zida and Dr. Randy Abbey to find a Head Coach and Assistant Coaches for the Black Stars within the next 72 hours," wrote the FA on it's official website.

Ibrahim Tanko, who worked as assistant to Kwesi Appiah between 2017 to 2019 has been earmarked as the man to replace his former teammate.

Meanwhile, Dortmund assistant coach and former Ghana winger, Otto Addo is also in the running for the job.