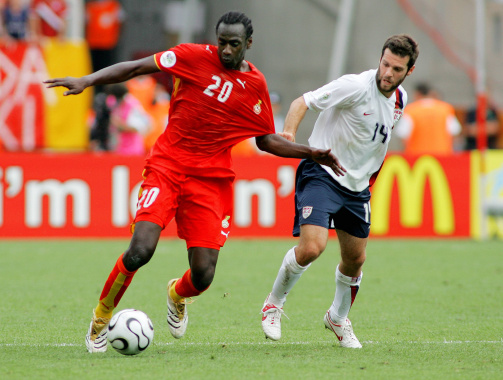 Otto Addo is not given too much weight on becoming the first Ghanaian footballer to qualify for the World Cup both as a player and a coach.

The four-time African champions forced a 1-1 draw against the Super Eagles at the Moshood Abiola Stadium in Abuja to spark anger among Nigerian fans.

Addo becomes the first Ghanaian footballer to qualify for the World Cup both as a player and a coach after he represented the West Africans at the 2006 FIFA World Cup.

This is a momentous feat by the gaffer as he etch his name in the Ghanaian football history.

But the Borussia Dortmund assistant coach is refusing to get swollen-headed.

"Honestly, I haven't really had any thoughts about that yet. I always focus on the next task ahead and that's Borussia Dortmund at the moment and the game against Hertha BSC on Saturday," he told Transfermarkt

"The World Cup is still so far away that – for me personally – I haven't given it much thought. The moment we qualified we were absolutely delighted, that's for sure. But then the next tasks come quickly and you don't have much time to think about them now."