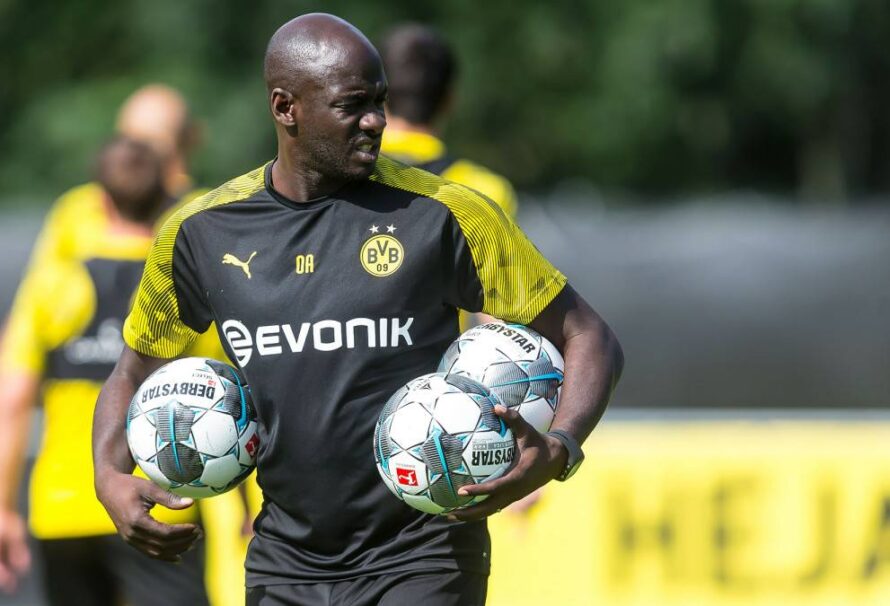 The Ghana Football Association has confirmed that newly appointed Black Stars assistant coach, Otto Addo will not be paid as a full-time staff of the assassination.

The duo was announced at the unveiling press conference of the re-appointment of Serbia coach Milovan Rajevac as Black Stars coach.

There were conversations about why the GFA will hire Otto Addo and pay him when he is already on a permanent contract with German giants Borussia Dortmund.

However, Henry Asante Twum, the Communications Director of the GFA, has confirmed that the Dortmund coach will be working as a part-time employee.

“What I know is that Otto will be working as a service provider at least for now, unfortunately, because having sought permission from his club, Borussia Dortmund, they felt they cannot release him.”

“It will take time for him to come and work for us fully. So, for now, Otto will be doing pay-as-you-go. He comes to work during the international breaks and then goes back,” he told JoyNews.