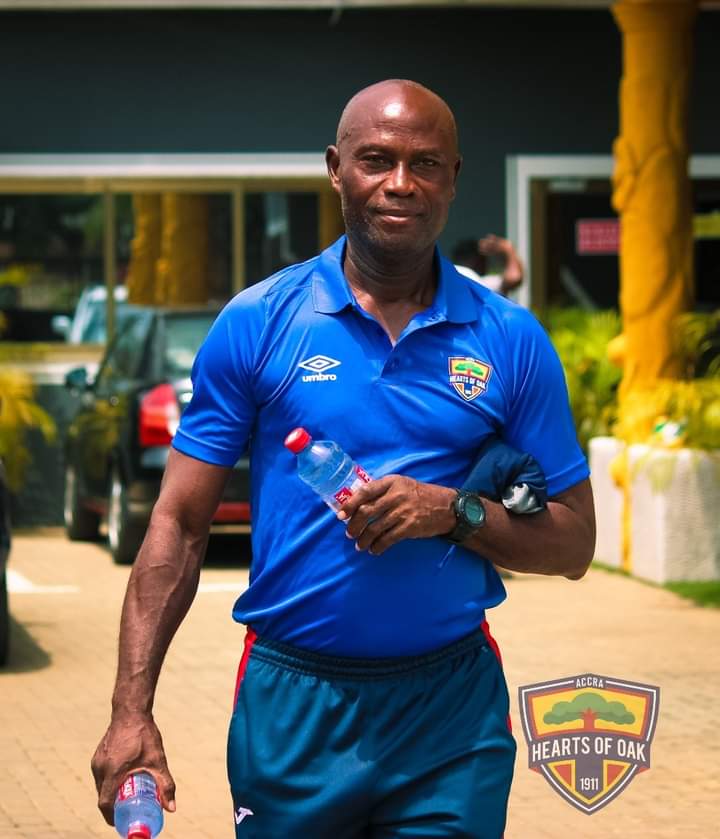 Hearts of Oak has reacted to comments made by its former Team manager W.O. Tandoh that the club will loose their next five games in the Ghana Premier League.

W.O.Tandoh ferociously made these comments in an interview on Happy FM after the sacking of Coach Samuel Boadu.

He lambasted Board Members Vincent Odotei-Sowah and Alhaji Akambi for being behind the down fall of the club.

Tandoh, current assistant coach of Aduana Stars indicated he was going to ensure Hearts of Oak loose their next five games.

Hearts of Oak have responded to the comments stating their destiny is not in the hands of their former Team Manager.

“Our destiny can NEVER be in the hands of W. O Tandoh for him to say Hearts will lose our next five matches. If indeed he has any such authority to decide the fortunes of men, we urge him to deploy that to help his team win every game in every competition. At Hearts, what we believe in is that we strive to win our games since we believe matches are won based on good preparation and good performance and not through any others means.

“At Hearts of Oak we respect our leaders and we expect he, W. O Tandoh to do same because these same leaders gave him the platform to enhance his career and therefore do not deserve those unwarranted comments from a man with a military background where discipline is core in all of their activities.

“We urge him to needfully retract his comments,” the Hearts of Oak statement read in parts.